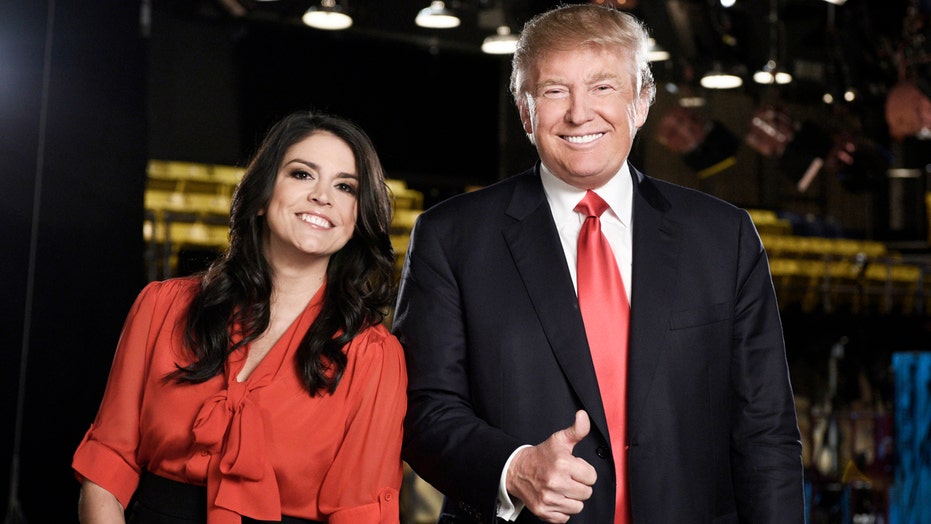 Donald Trump: Let's not do a Ben Carson 'SNL' sketch

Donald Trump returned to “Saturday Night Live” this weekend to poke fun at his persona and take another swipe at longtime nemesis Rosie O’Donnell.

Trump — only the second active presidential candidate to host the sketch comedy series (Rev. Al Sharpton was first in 2003) — was greeted with rousing applause inside Studio 8H.

“People think I am controversial, but the truth is, I am a nice guy,” he told the crowd.

The outspoken billionaire kicked off the show by appearing side-by-side with two of his most famous dopplegangers, Taran Killam and Darrell Hammond. ”They don't have my talent, my money or especially my good looks,” he quipped.

But the evening’s best line came from “Seinfeld” creator Larry David, who yelled out “You’re a racist” from off-camera.

When Trump, feigning surprise, asked what was going on, David cracked, "I heard if I yelled that, they'd give me five thousand dollars."

Prior to the broadcast, several hundred protesters congregated outside NBC Studios at 30 Rockefeller Plaza, hoping to convince the network to keep the real estate mogul off its airwaves.

Los Angeles-based activist Luke Montgomery even promised to compensate anyone who disrupted the live telecast.

Trump — one of the leaders for the GOP nomination — appeared in more than half of the evening’s sketches, including a fake 2018 cabinet meeting in which ISIS has been defeated, “Apprentice” villain Omorosa is Secretary of State and the Mexican president arrives with a check to pay for the wall at the U.S. border.

In 40 seasons, only eight politicians have been tapped to host “SNL.”  Trump first hosted the show back in 2004, before he sought public office.

The show draws much of it comedy from politics and has become a popular stop for candidates looking to show a less business-like side of their personalities.

Hillary Clinton attempted to soften her image by turning up as “Val the bartender” in a skit on the program’s season premiere episode in October.

Sarah Palin’s visit in 2008, in which she appeared opposite look-alike (and former-cast member) Tina Fey, drew a record 17 million views.

Trump’s appearance is expected to register even higher when overnight ratings are released later Sunday.