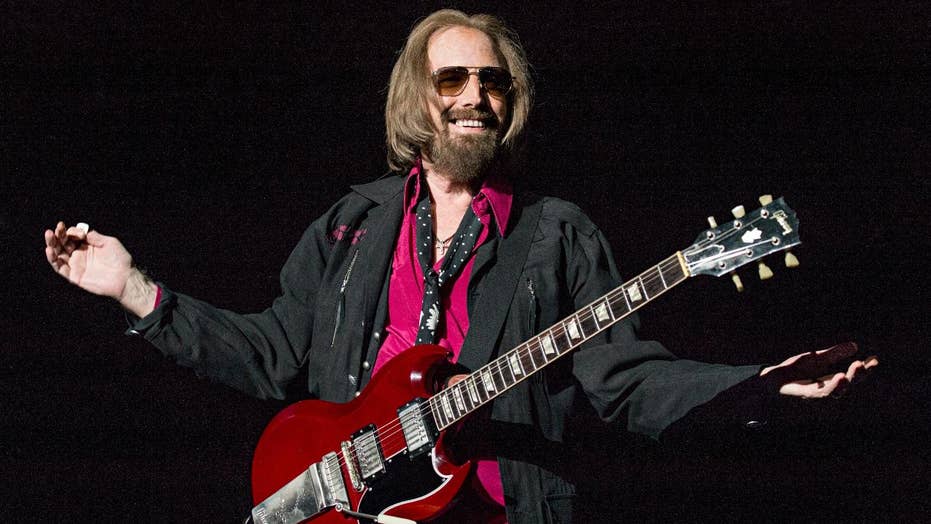 Tom Petty, the frontman of Tom Petty and the Heartbreakers, died Monday after he was found unconscious at his California home. He was 66.

Tony Dimitriades, the band's manager, announced the singer's death in a statement. Petty was reportedly taken off life support after going into cardiac arrest on Sunday at his Malibu home.

Celebrities paid their tributes to the Rock and Roll Hall of Famer after his death. Here's what's being said:

"It's shocking, crushing news. I thought the world of Tom," Bob Dylan said in a statement to Rolling Stone. "He was a great performer, full of the light, a friend, and I'll never forget him."

Coldplay performed a rendition of "Free Fallin'" at their show in Portland with Peter Buck. The band posted the performance on its Twitter page.

"I'm crushed... Praying for all those affected by Vegas last night. And now the loss of one of my great influences Tom Petty today," Bon Jovi wrote.

"We will forever be in debt to Tom Petty. He has and will continue to inspire us in immeasurable ways. Love you, Tom," Jimmy Eat World wrote.

"God bless Tom Petty peace and love to his family I'm sure going to miss you Tom," Ringo Starr wrote on his Twitter page.

"No! We have lost Tom Petty. From our opening act in the seventies to becoming a brilliant songwriter and performer I have loved his music," Paul Stanley said.

Peter Gabriel paid his tribute to Petty by saying: “Very sad to say goodbye to Tom Petty, he was a kind and generous man, an excellent musician..."

"Sending love to Tom Petty and his family at this difficult time," Paul McCartney wrote.

John Mayer wrote on Twitter: "I loved Tom Petty and I covered his songs because I wanted to know what it felt like to fly,"

"This is unbearable. Vegas and now a great music hero has passed," Sheryl Crow wrote on Twitter. "You brought us so much joy, @tompetty. We will miss you."

"Just when I thought today could not get any worse... R.I.P. Tom Petty," Kid Rock said. "Thank you for your beautiful music and inspiration."

"Safe passages to the summerlands, brother. You couldn't have left more dreams here for us. Thank you. RIP," Ryan Adams said.

"Tom Petty gone? That's just so wrong. What a bad day this has been, in so many ways," Steven King said.

"Oh man Tom Petty is gone. He was really great. He will be missed. Thoughts and prayers go to his family right now. RIP," Cyndi Lauper said on Twitter.

Phillip Phillips wrote: "RIP Tom Petty. One of my heros."

"The Big Bang Theory" actress Mayim Bialik said: "What a loss for the music world. RIP."

Bruce Springsteen tweeted, "Down here on E Street, we’re devastated and heartbroken over the death of Tom Petty."

The estate of late Beatles singer George Harrison posted that Petty was "tender southern gent in life, a poet and a music master on stage."