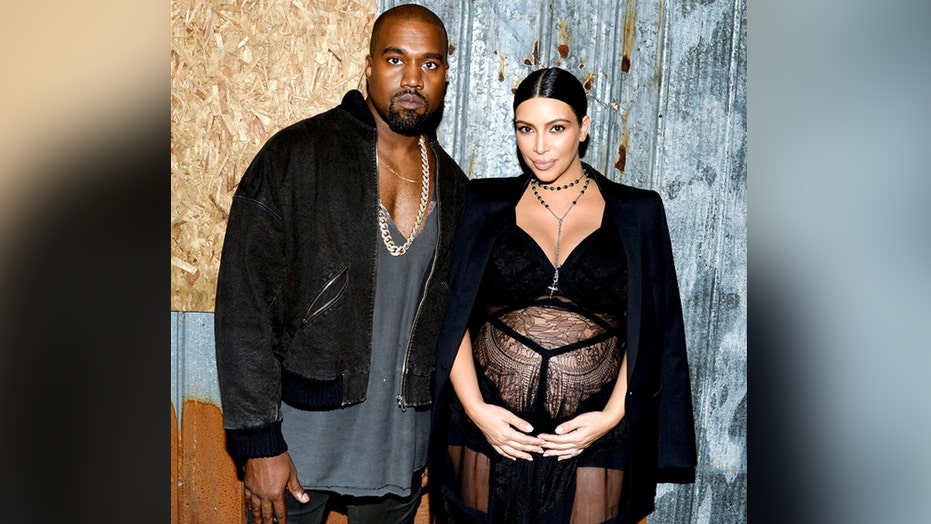 Best reactions to the name of Kim Kardashian's newborn son

Fox 411: Here's a roundup of some of the funniest social media responses on how Kim Kardashian and Kanye West named their second baby

The Kardashian Christmas card has grown to become a momentous annual tradition - the pop culture equivalent of the tree lighting at Rockefeller Center -- and the family has finally blessed us with the image.

In a bit of a surprise, this year's card features only the kiddies - Kim Kardashian and Kanye West's daughter North; and Mason, Penelope and Reign Disick, Kourtney's children with Scott Disick. (Kimye's mot recent bundle of joy, baby boy Saint, is not pictured.) They're all dressed in black, too, which is either chic or kinda morbid for Christmas, depending on how you look at it. A Kim and Kanye fan account debuted the image, E! reports.

Yup, the often over-the-top Kardashian card is decidedly toned down this year, and there's no Kim, Kris, Kendall or anyone else from the gang. There's probably good reason too: After all, the family has had no shortage of drama in recent years, with Disick alienated, Rob Kardashian reportedly feuding with his sisters, Lamar Odom recovering from a near-fatal overdose and Caitlyn Jenner very much doing her own thing. They didn't even do one in 2014, so, hey, maybe they're re-launching this thing slowly but surely.

Check it out below. What do you think of the card?