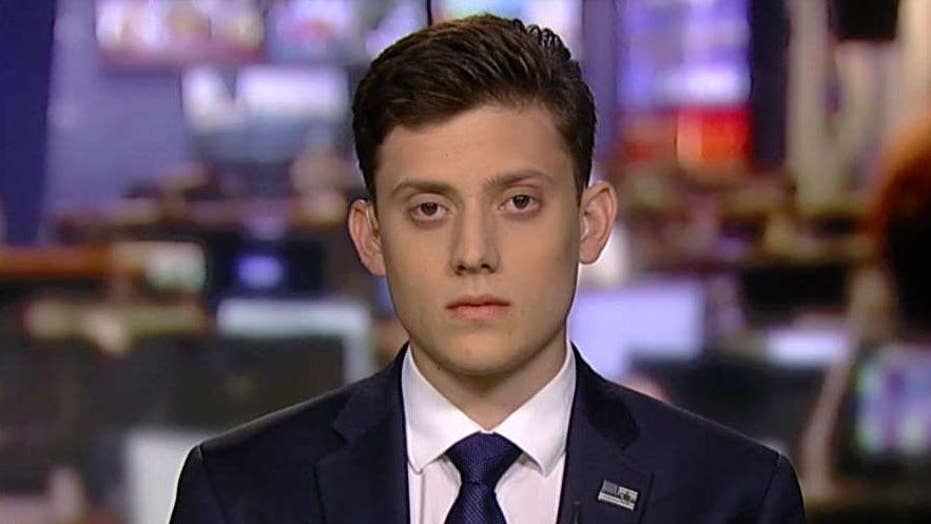 Parkland survivor speaks out after Harvard rescinds admission over past remarks

Harvard rescinds admission to Parkland survivor after past racist remarks surface; Kyle Kashuv speaks out on 'The Story.'

"The View" co-hosts ripped Parkland student Kyle Kashuv Tuesday for racist, misogynist and anti-Semitic texts he wrote in a chatroom when he was 16 that led Harvard University to rescind his acceptance.

One even joked he can still go to "Trump University."

"Well, it was only two years ago. I'm just sayin'," liberal co-host Joy Behar said in reaction to Kashuv's apology.

Behar acknowledged that Kashuv is a "very bright kid" and noted his GPA and SAT scores were higher than his gun control advocate classmate David Hogg, who also was accepted to Harvard.

Frequent guest host Ana Navarro said she was "torn" about the controversy, adding that Kashuv was only 16 at the time and was "apologetic." But she also pointed to Harvard's recent treatment of ten other students whose admissions were reversed due to offensive social media posts.

"Kyle, the bad news is you can't go to Harvard if you're a sexist misogynist, but you can grow up to become president," Navarro told the Parkland student, sparking a reaction from the audience.

"That's true," Behar added. "He could go to Trump University. They'd take him."

Liberal co-host Sunny Hostin said she was also "on the fence" since teenagers aren't "fully-formed human beings," but recalled what her 16-year-old son told her about a similar incident that happened in his school where kids "repeatedly said the n-word on video."

"He did not want to go to school with those kids any longer," Hostin said. "And he said, 'what about my feelings if I go to Harvard and I have to sit next to that kid and I know that he would call me an 'n-word jock'... And Gabriel, your feelings do matter."

Hostin concluded that Harvard "did the right thing" and that in this country "we hold young people accountable for their actions," invoking teenagers who have committed crimes and gone to prison "for the rest of their lives."

Meghan McCain, however, offered a more nuanced view, telling her co-hosts Kashuv should have known better at 16 than to use such language. But she also slammed the "online mob" that pressured Harvard into rescinding his acceptance.

"I don't know anymore," McCain said. "I had a really hard time coming up with how I feel because I don't think it's too much to ask to not say the n-word from young people... but I also think your life shouldn't be ruined for some dumb crap stuff you had done at 16."

"This is the other thing that was confusing me," Hostin chimed in. "He says these anti-Semitic things as well. His parents are Jewish. He's Jewish."

"Oh, so he's a self-hating Jew?" Behar joked. "Look at how high this kid's I.Q. is, he was dumb enough to put that in writing."