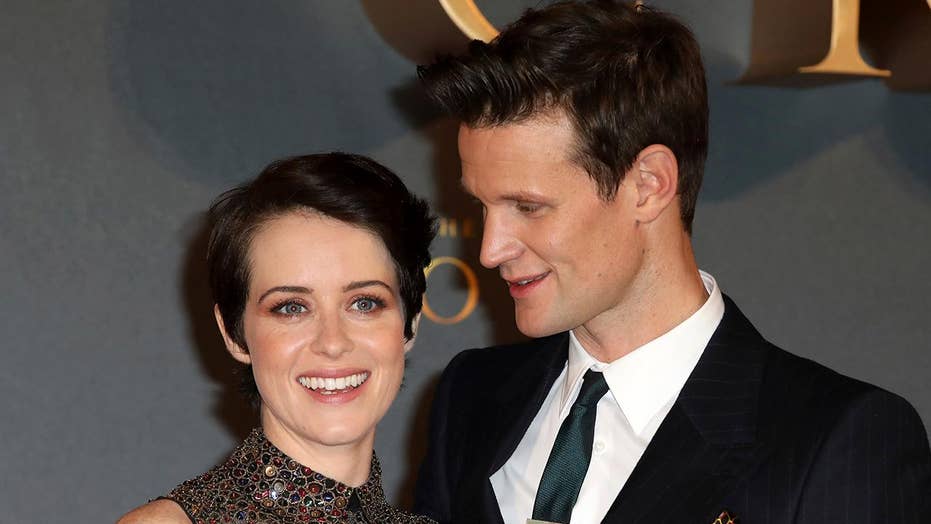 Top Talkers: Petition calls for 'The Crown' star to put some of this salary into the Times Up legal defense fund.

Pressure is mounting for "The Crown" star Matt Smith to donate part of his earnings from the Netflix series to the Time's Up Legal Defense Fund, after it was revealed his female co-star and leading lady, Claire Foy, was paid less than him.

Producers of the period drama revealed the pay disparity at a panel during the INTV Conference in Jerusalem last week. Foy stars as Queen Elizabeth II and she took home a Golden Globe for her performance. She also has more screen time than Smith, who plays her husband Prince Philip.

The producers explained at the panel that Smith, who starred in the hit series "Doctor Who," was simply a bigger star than Foy at the time they cast the show.

The Care2 petition called upon Smith and Netflix CEO Reed Hastings to "show that they stand with women and do the right thing."

Mark Wahlberg recently donated his $1.5 million paycheck to the Time’s Up fund, after it was revealed he was paid 1,000 times more than his female co-star, Michelle Williams, for movie reshoots.

“Over the last few days my reshoot fee for ‘All the Money in the World’ has become an important topic of conversation,” Wahlberg tweeted on Jan. 13. “I 100% support the fight for fair pay and I’m donating the $1.5M to the Time’s Up Legal Defense Fund in Michelle Williams’ name.”

Williams, who also had to reshoot her scenes, was reportedly paid $80 per day for her work, totaling less than $1,000 total.

William Morris Endeavor (WME), the agency that reportedly negotiated the $1.5 million for Wahlberg and also represents Williams, said in a statement it will donate $500,000 to the Time’s Up fund.