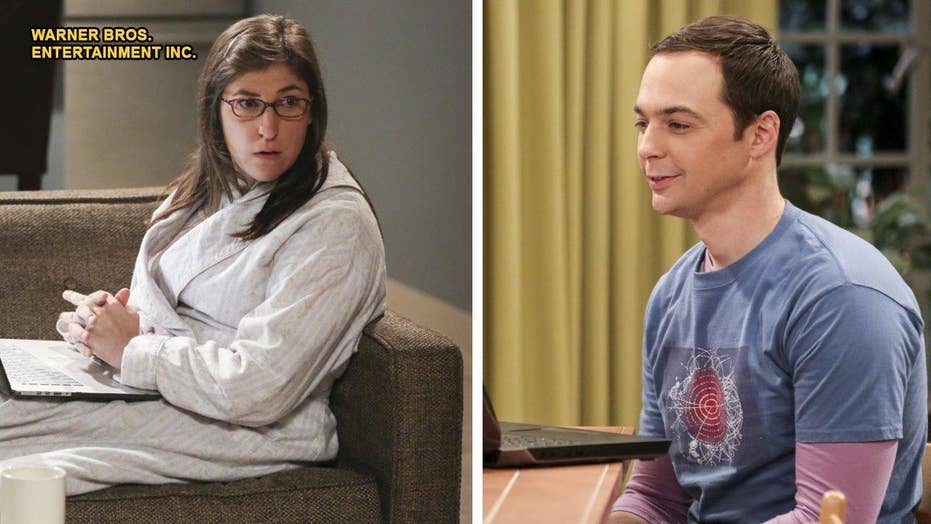 Fox411: What happened on the finale of season 10 of 'The Big Bang Theory'

[Spoiler alert! The following article contains spoilers from the latest episode of “The Big Bang Theory”]

After last week’s penultimate episode of “The Big Bang Theory” Season 10, Amy and Sheldon agreed to embark on the biggest test of their relationship so far - long distance dating. Although Sheldon seemed concerned that Amy might meet an equally brilliant man with hair like Thor while at Princeton, it turns out she was the one that had to worry about someone else.

The episode opened with the couple happily video chatting about how much they missed one another.

“It’s so strange, earlier today I ended a sentence with a preposition and you weren’t there to correct my grammar,” Amy says.

“I’m sorry you had to go through that,” he retorts.

Everything seems to be going well until the next day. Sheldon reveals to the guys at work that Dr. Ramona Nowitzki, a former colleague who was previously obsessed with Dr. Cooper’s work, is back in town and the two are getting pretty chummy. There’s laughter over lunch and even an odd hand touch. While Sheldon is too obtuse to think anything of it, the others are nervous.

The next time Sheldon and Amy unpack their day via video chat, he’s upfront about his lunch with Ramona. Despite all assertions that things between them are chaste, Amy calls up Penny and Bernadette to yell at them, which in turn causes Leonard and Howard grief. The two hatch a plot to get Raj to ask Ramona out in the hopes that a new flame will extinguish her apparent passion for Sheldon. Sadly, she shoots him down in near-record time.

After that, things only ramp up as the duo go swimming and Sheldon he invites Ramona to dinner with the gang. While there, the gang makes every attempt to stop them from getting close to each other. Bernadette even goes above and beyond by awkwardly squeezing her way between them on the couch. However, when Sheldon brings up having correspondence with a scientist he and Ramona both admire, they quickly sprout up and go to his apartment to look at the letters.

“Correct me if I’m wrong, but isn’t that exactly what we were supposed to stop from happening?” Penny asks.

Eventually, things get so suspicious that Penny sits down to have a little talk about boundaries with Sheldon, who is unwilling to entertain the notion that Ramona would bother courting romantic feelings for him given that he has a girlfriend. However, the following day she arrives at his office with homemade sandwiches for both of them. Assuming he already knows the answer, Sheldon asks Ramona if she is seeking romance with him.

As Sheldon begins what would likely have been a long speech about the complications of such a situation, Ramona goes rogue and kisses him. The move surprises him, but he collects himself. Sheldon quickly stands up, excuses himself from the room, gets in a cab, goes to LAX, flies to New Jersey and knocks three times at Amy’s door at Princeton. When she opens it, she’s greeted to the surprise of her life and the biggest cliffhanger of the show’s history.

Sheldon goes to one knee with a ring in his hand and pops the big question. As for what Amy will say, fans will just have to wait until Season 11 to find out.