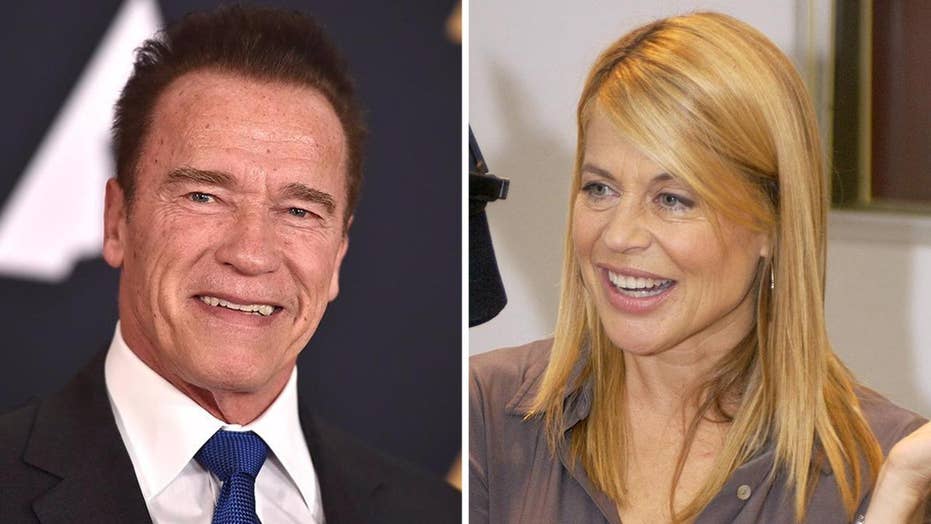 Hollywood Nation: 71-year old Arnold Schwarzenegger posts an Instagram photo of himself with 'Terminator' co-star Linda Hamilton on the set of the next untitled reboot.

Arnold Schwarzenegger is back on the set of “Terminator” alongside his close friend Linda Hamilton, who co-starred two of the five films in the franchise. Hamilton is returning to the world of killer cyborgs for the upcoming 2019 reboot.

To commemorate reuniting with the first Sarah Connor, as well as her 62 birthday, Schwarzenegger, 71, recreated a photo he took with the actress that appears to come from their days on the set of the second film, James Cameron’s “Terminator 2: Judgement Day.”

“Happy birthday to my dear friend Linda Hamilton,” Schwarzenegger captioned the photo. “One of my favorite co-stars, a true bada--, and a wonderful human being. I’m pumped to be back together again.”

The new film, helmed by “Deadpool” director Tim Miller, is expected to reignite the franchise. It was previously reported that Hamilton will be playing Sarah Connor, but it’s unclear if Schwarzenegger will be playing the T-800 model he made so famous in the 1984 original.

The producers hope the new movie does a whole lot better than 2015's “Terminator: Genisys,” which flopped at the domestic box office and turned the once powerhouse franchise into a risky Hollywood endeavor.