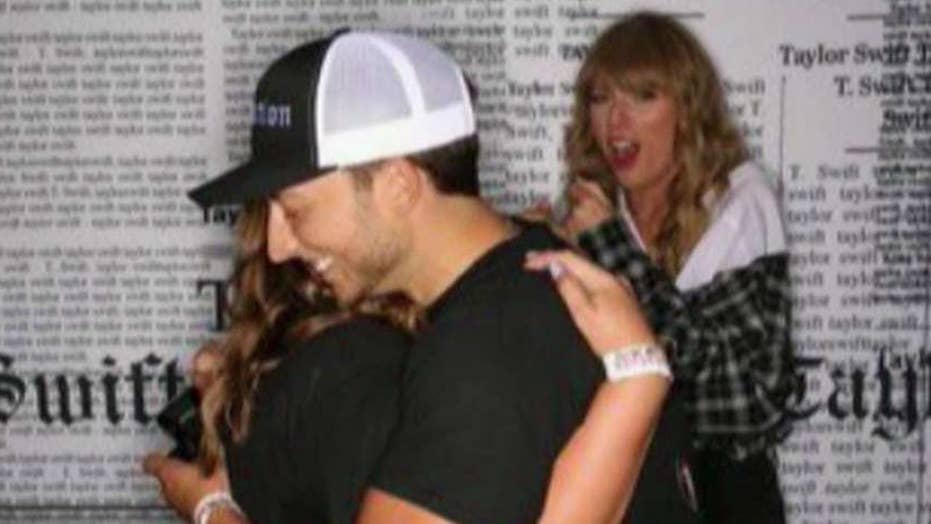 Couple gets engaged in front of Taylor Swift

Taylor Swift got the surprise of her life on Friday after two of her fans got engaged right in front of the crooner following her concert in Philadelphia.

The pop star, 28, documented the unforgettable moment on her Instagram.

“They walk into the meet and greet and he says, ‘We met five years ago at the Red Tour’ and then …..[a number of cat with heart eye emojis] #thirdwheel,” she captioned the Instagram post. She also included a picture of the man kneeling in front of his girlfriend while a shocked Swift stood in the back.

The groom, known as Anthony, tweeted about the special moment.

"[Taylor] called me a baller and said that she is never surprised. She also said we were incredible and to go get married!!!! IS THIS REAL LIFE?!?!” he said.

He explained on Twitter that he met his girlfriend, identified as Stephanie, in 2013 during Swift’s “Red Tour” concert in Philadelphia.

“We have spent countless hours listening to her music together. I can’t thank Taylor enough for bringing us closer,” he said.

The groom-to-be explained why Swift and her music was important to them.

“We were just two swifties that decided to attend a concert together in 2013. We fell in love with each other and almost five years later, I’m going to ask her to marry me where it all started. She is my BEST FRIEND and the love of my life,” he said.

Swift kicked off her Reputation tour in May.