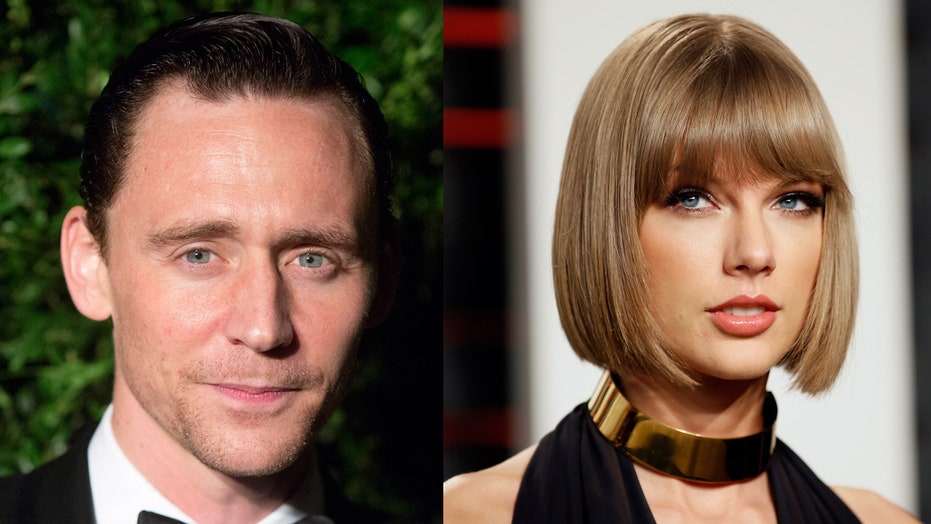 Fox 411: Half of overexposed couple won't talk about Taylor Swift

West's famous wife stirred the pot of beef between Taylor Swift and Kanye West on Sunday, when on Snapchat, she posted video of a phone call between the rapper and pop superstar about his song "Famous," in which he rapped: "I feel like me and Taylor might still have sex, Why? I made that bitch famous."

Upon its release in February, West was condemned by many for the line. He insisted Swift had given her blessing to the lyric, but she denied ever hearing the lyric.

On Twitter on Sunday, Kardashian teased: "Do u guys follow me on snap chat? u really should ;-)"

Then, she unleashed a series of Snapchat videos that threatened to break the internet.

On them, a smiling West tells Swift he's working on a song and wants to use the lyric: "I feel like me and Taylor might still have sex."

In response, Swift is heard saying she worries about overexposure, but West says the lyric would be good exposure. In the end, she appears to give her blessing.

"It's like a compliment," she says. "I really appreciate you telling me about it, that's really nice."

"I just had a responsibility to you as a friend. Thanks for being so cool about it," he responds.

Swift also is heard saying it's a tongue-in-cheek line anyway, and that she would let people know she knew about it in advance. She also says, "I'm always going to respect you."

But when the song came out, the entire line was: "I feel like me and Taylor might still have sex, Why? I made that bitch famous." In a statement released at the time, Swift's rep said: "Kanye did not call for approval, but to ask Taylor to release his single 'Famous' on her Twitter account. ... She declined and cautioned him about releasing a song with such a strong misogynistic message. Taylor was never made aware of the actual lyric."

Many on social media took glee in the leaked audio recordings on Sunday, and suggested that it proved Swift had lied. But in an Instagram post, Swift said the audio actually proved she had never approved the use of the world "bitch."

"Where is the video of Kanye telling me he was going to call me 'that bitch' in his song? It doesn't exist because it never happened. You don't get to control someone's emotional response to being called 'that bitch' in front of the entire world.

"Of course I wanted to like the song. I wanted to believe Kanye when he told me that I would love the song. I wanted us to have a friendly relationship. He promised to play the song for me, but he never did. While I wanted to be supportive of Kanye on the phone call, you cannot 'approve' a song you haven't heard. Being falsely painted as a liar when I was never given the full story or played any part of the song is character assassination."

Stars jumped onto the social media battleground on both sides. Khloe Kardashian praised her sister on Twitter, calling her "a savage." Swift's friend Selena Gomez rhetorically asked in a tweet why people can't use their voice for something that matters before adding, "Truth is last thing we need right now is hate, in any form." Justin Bieber appealed for calm on Instagram with a short video calling for "less hate, more love."

This is the latest chapter in a long feud between the pair that now dates back seven years, when West took the stage as a then 19-year-old Swift beat Beyonce for an MTV Video Music Award. West came onstage as Swift was accepting her award and said, "Yo Taylor, I'm really happy for you, I'mma let you finish, but Beyonce had one of the best videos of all time!"

The infamous moment cast West as a villain, and damaged his image; Swift, already a multiplatinum star, went on to more fame. The feud continued for years, but the pair made up last year, with West, Kardashian and Swift publicly trading hugs and smiles in public.

Cut to earlier this year, when "Famous" was released, the feud was back on, and Swift even took a dig at West when she accepted her Grammy for album of the year for "1989": "There will be people along the way that will try to undercut your success or take credit for your accomplishments or your fame."

In her Instagram post Sunday, Swift seemed as weary of the public battle as many in the public have become: "I would very much like to be excluded from this narrative, one that I have never asked to be a part of, since 2009."