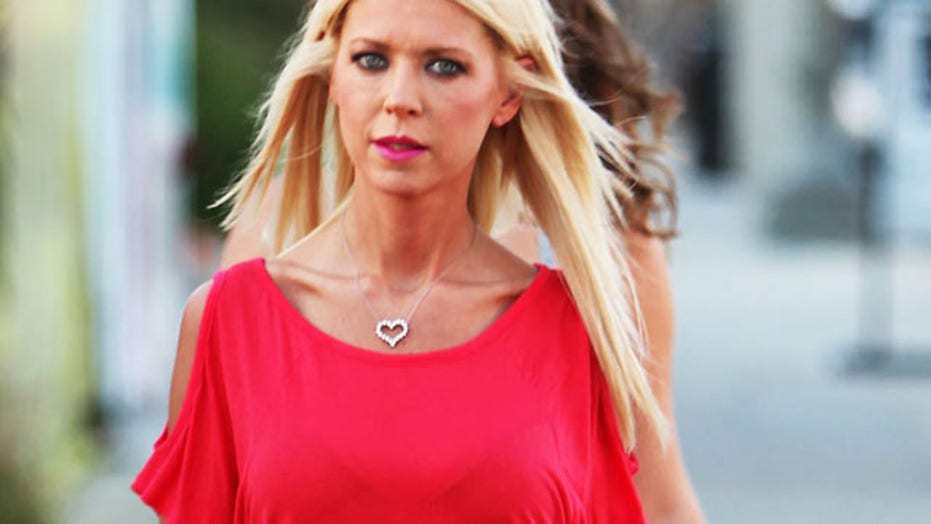 Tara Reid bullied about her weight?

The 40-year-old actress lashes out at boyfriend Dean May in an exclusive clip from "Marriage Boot Camp: Reality Stars" -- and this time, it might be over for good.

EXCLUSIVE: Spoiler Alert! Tara Reid's Character Is Alive in 'Sharknado 4,' But How?

At a bonfire where Reid has to confront both May and the things she hates about herself, it seems the Sharknado 4 star couldn't hold in her frustrations.

"I'm very bad at speaking things and saying things, and I just turn on the Dean thing that I do, and the character that I can become," May tells Reid in the clip. "I just think that in my heart, you should know exactly how I feel about you, and know how much I love you."

"How can I know when you're making all this show for everyone, and I'm not included? To be partners and friends with you, all of the sudden it's the Dean…show," Reid lashes out, targeting May with a death glare.

"Now I'm feeling stabbed in the back," she says.

It appears as if the therapeutic bonfire was anything but for this couple, as they may be on the verge of breaking up.

"Let's just end it, really end it then," May declares to a clearly peeved Reid.

"I'm not doing this. I'm out," she yells back at him, before running off.