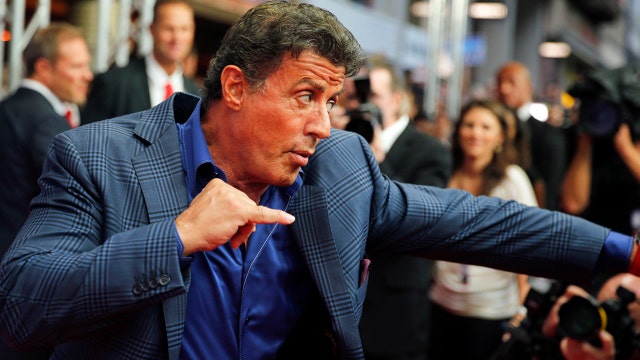 Face2Face: Sylvester Stallone talks new movie 'Creed', 'Rocky' legacy, what he’s learned in the business and boxing mantras he adheres to in life outside the ring

Have movie fans finally seen the end of "The Italian Stallion'?

"I just want to thank everyone around the whole wide World for taking the Rocky family into their hearts for over 40 years," Stallone wrote on Instagram in a caption to a video in which he shared similar sentiments. "It’s been my Ultimate privilege to have been able to create and play this meaningful character. Though it breaks my heart, Sadly all things must pass... and end. I love you Kind and generous people, and The most wonderful thing of all is that ROCKY will never die because he lives on in you ...."

The comments from Stallone follow the release of the second film in the Creed series, itself a spinoff from the six-part Rocky saga.

In the new films, Stallone, as Balboa, trains the son of his friend-turned-fallen-foe Apollo Creed. A sequel to the critically acclaimed 2015 movie raked in $55 million over the five-day holiday weekend, coming in second to "Ralph Breaks the Internet," Variety reported.

If Stallone is done playing Rocky, he isn't finished resurrecting all of his old characters.

A new "Rambo" movie -- the fifth in that action film series - is in production with Stallone reprising his John Rambo character.