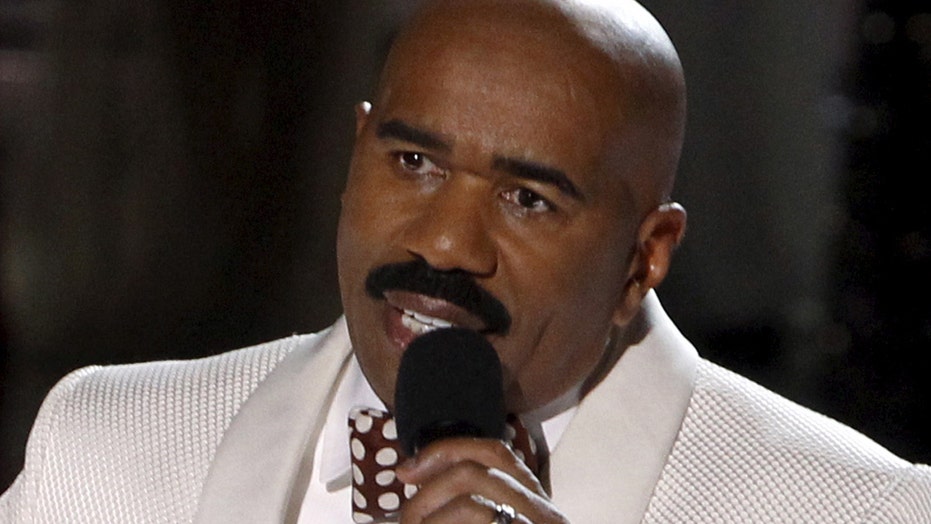 Steve Harvey is ready to redeem himself

Comedian returns as the host of the 2017 Miss Universe Pageant

Steve Harvey’s ex-wife Mary Vaughn is suing the celebrity talk show host for $60 million, claiming that she allegedly suffered "prolonged torture with the infliction of severe mental pain and suffering."

The former couple’s marriage lasted from 1996 until their public divorce in 2005, which was two years prior to Harvey’s third marriage to current wife, Marjorie Bridges. The 60-year-old “Family Feud” host was previously married to Marcia Harvey for 14 years before he wed Vaughn.

Court documents obtained by ET claimed that Vaughn “attempted suicide by self-medicating [in] an effort to stop the pain” and alleged that Harvey and his attorney reportedly caused “severe emotional distress” over the years.

The suit was filed on Wednesday not by an attorney, but rather civil rights activist Essie Berry. She is acting as Vaughn’s power of attorney.

STEVE HARVEY ISN'T SORRY FOR 'DO NOT APPROACH ME' MEMO

“Mr. Harvey vehemently denies any allegations set forth in the lawsuit,” read the statement sent to ET. “The complaint is merit-less, frivolous and the allegations are completely false. We will vigorously defend/counterclaim against the complaint.”

Vaughn was previously arrested 2013 after a judge found her in contempt of court for violating the conditions of a gag order from the divorce. She served 30 days behind bars.

She and Harvey share one child together, 19-year-old Wynton Harvey.

Reps for Vaughn and Harvey did not return a request from Fox News for comment.