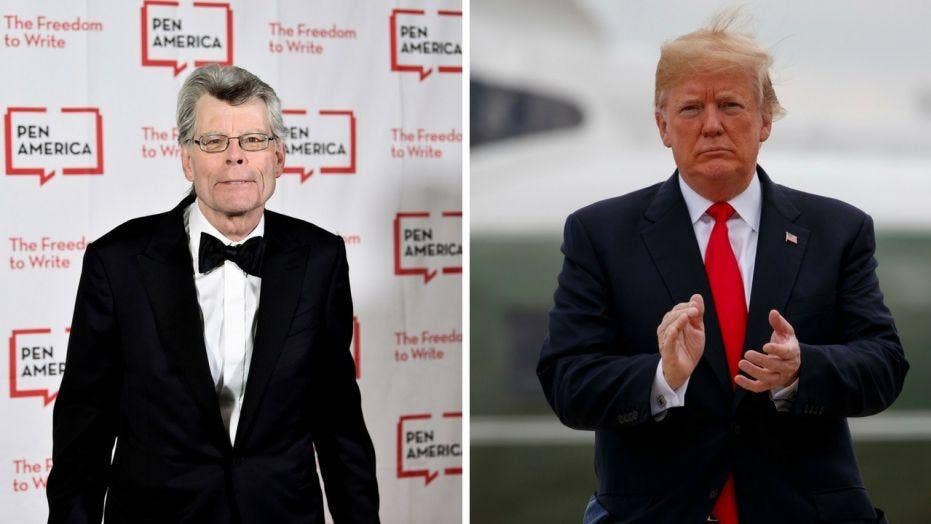 Stephen King explains why Trump blocked him on Twitter

King, 70, was on the show Wednesday night to discuss his latest novel “The Outsider” when Colbert asked the writer for his reaction to a federal judge's ruling that Trump was violating the First Amendment by blocking critics on Twitter.

King noted that he was blocked by Trump on the social media platform.

“Now we’ve got a president who blocked me on Twitter,” King told Colbert.

“So my question is: do I really want to follow that guy?” he continued. “I don’t think so.”

‘BACHELOR’ AND ‘BACHELORETTE’ CONTESTANTS HAVE TO SPEAK TO PRODUCERS BEFORE THEY HAVE SEX, AUTHOR CLAIMS

Colbert asked the “It” author why Trump blocked him.

“I might have said he had his head somewhere where a certain yoga position would be necessary to get it there,” King said. “And that was it, man. That was it.”

In response to the social media snub, King said he blocked back Trump on Twitter as well as Vice President Mike Pence, whom he called “creepy.”

“And, you know, there was something about Mike Pence that’s creepy,” King said. “And I think it has something to do with the hair. The hair doesn’t look like it has strands. It’s just there. He’s like the mean doctor on a soap opera, the one who sells drugs, you know, or has a prostitution ring from Bulgaria or something. He has that look.”