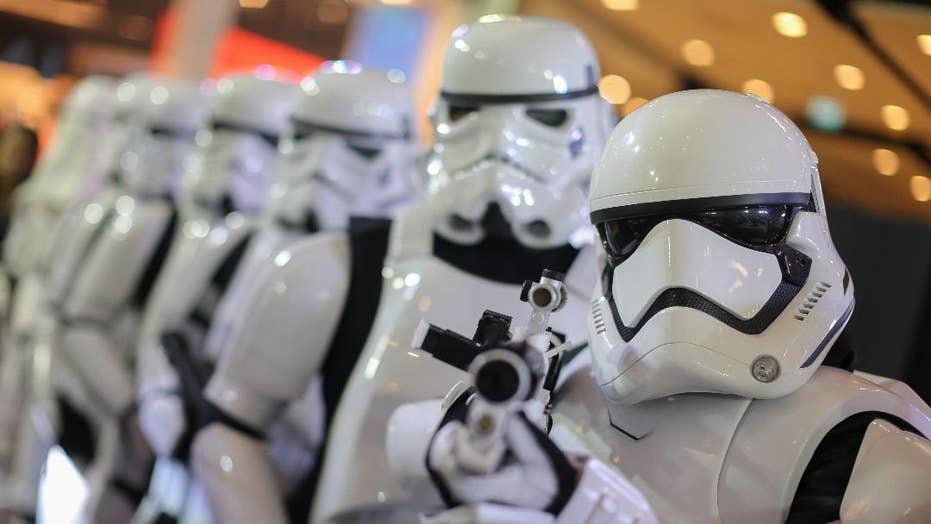 'Star Wars' by the numbers

'Star Wars' is more than just box office gold, but a franchise juggernaut. From retail sales to actor salaries, here’s a breakdown of “Star Wars” by the numbers.

A dying man's wish to see the new "Star Wars" movie is coming true, thanks to local fire departments and medics.

Ron Villemaire has stage 4 colon cancer and is in hospice care in Bedford, New Hampshire. He's a huge "Star Wars" fan, but can't get to a theater and sit in a seat.

After a public plea from his daughter, the Bedford and New Boston fire departments say they'll take him Saturday by ambulance to a theater and transfer him to a hospital bed. Medics will be on hand during "Star Wars: The Last Jedi."

The 69-year-old Villemaire will be joined by family and friends, as well as Darth Vader and storm troopers.

Villemaire is a U.S. Air Force veteran and will be greeted by representatives thanking him for his service.