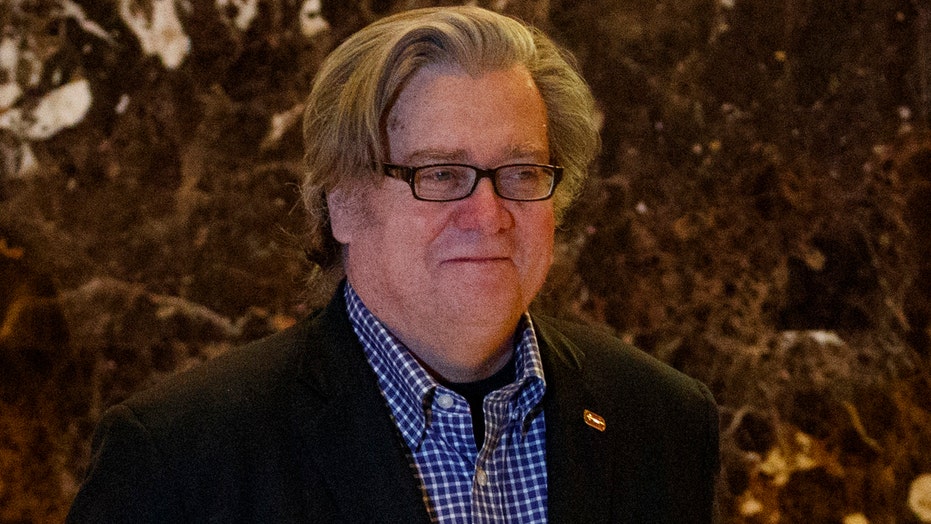 The uproar over Steve Bannon's role in Trump's transition

In the eighth episode of Season 20, titled “Members Only,” the fictionalized Bannon reassures White House chief of staff Reince Priebus that the transition will be smooth for President-elect Garrison, who is now portrayed to look exactly like Trump himself.

“All indications are that his transition is going to be fine,” says the animated Bannon.

The entire 20th season has been devoted to the U.S. presidential election, which Donald Trump won last Tuesday. The series made headlines last week when “South Park” creators Trey Parker and Matt Stone entirely reworked the Nov. 9 episode with just a few hours to spare to reflect the election results.

“We don’t try to make social commentary,” Parker told Variety prior to the season’s premiere. “We get into a room six days before we go on the air, and that’s why it ends up being somewhat relevant.”

Watch clips from the episode on Hulu.