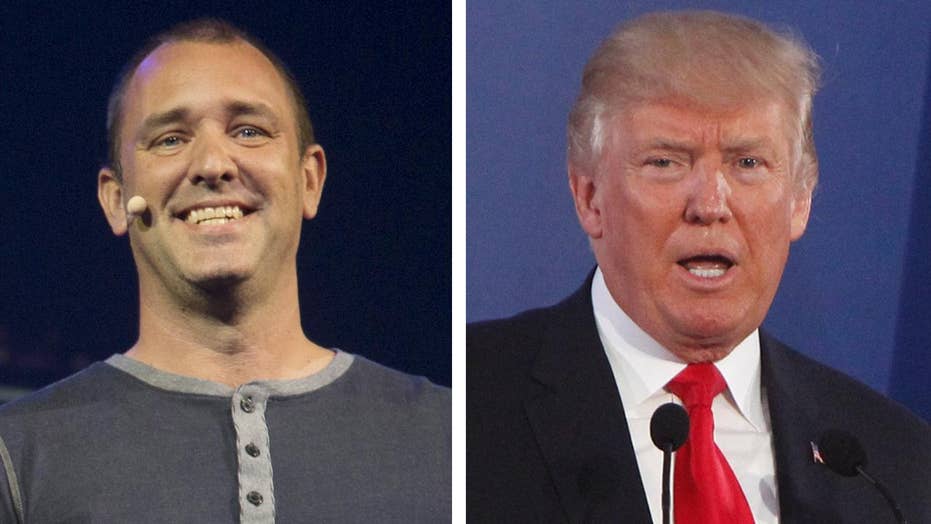 Fox411: 'South Park' creator Trey Parker say the show will not focus on Trump the way others do

The creator of “South Park” thinks TV shows have gotten so inundated with jokes about President Trump, people have gotten tired of them.

“We fell into the same trap that “Saturday Night Live” fell into, where it was like, 'Dude, we’re just becoming CNN now,'” Trey Parker told The Los Angeles Times Monday. “We’re becoming: ‘Tune in to see what we’re going to say about Trump.’ Matt (Stone) and I hated it but we got stuck in it somehow.”

Parker said the show will not focus on Trump the way others do.

“We probably could put up billboards —'Look what we’re going to do to Trump next week!' — and get crazy ratings,” Parker said. “But I just don’t care.”

CNN faced widespread backlash Wednesday for seeming to imply the network would reveal the identity of the Reddit user who made an anti-CNN, Trump-themed GIF if he reneged on an apology – but some critics suggested the network also could have a legal problem on its hands.

“Troubling. I assume CNN's lawyers are examining GA § 16-8-16 Theft by extortion. If CNN constructively obtained the gif-maker's IP...it's a GA crime if they threatened to ‘Disseminate any information tending to subject any person to hatred, contempt, or ridicule....’” he wrote, citing a portion of the statute.