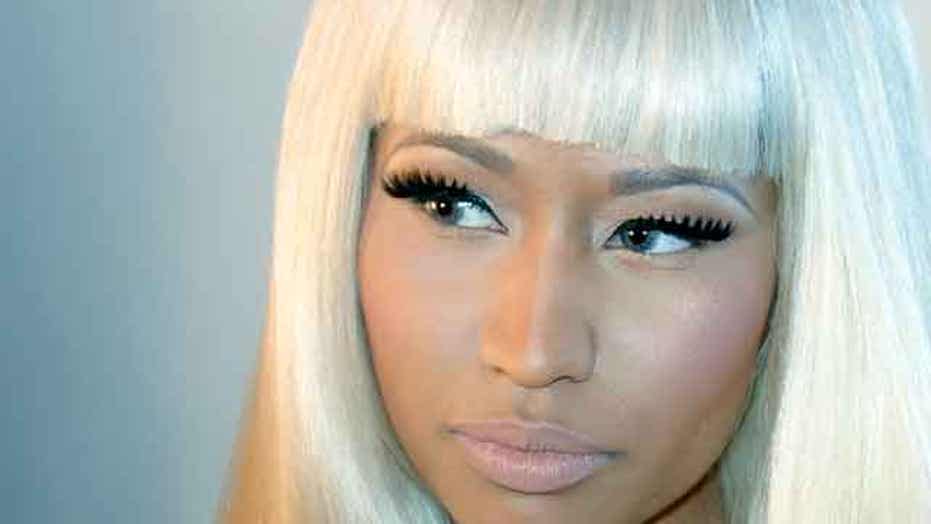 LOS ANGELES – Nicki Minaj doesn’t yet have the music industry accolades of fellow judges Mariah Carey, Keith Urban or Randy Jackson, but when it comes to playing the diva card, the young rapper has them all beat.

We’re told Minaj seriously irked the professionals surrounding her when she turned up late to the first “American Idol” 2013 live show on Wednesday, 15 minutes after it went to air, donning a dark hoodie and sunglasses as she slipped into her spot on stage.

“Stuck in traffic,” she tweeted en route, although she did not discuss her tardiness during the show.

Prior to her arrival, veteran host Ryan Seacrest attempted to make light of the situation by taking the noticeably empty judge’s seat in-between Randy Jackson and Urban, informing viewers that Minaj was on her way and that there was “congestion on the 405 (freeway).”

"Which one of you gave Nicki the wrong directions today? Which one of you drained the fuel from her car?" he joked, clearly filling time as Mariah Carey remained silent, only shaking her head disapprovingly, as Jackson and Urban offered a few confused comments.

Behind the scenes, tensions were sky-high.

“Ryan was the angriest and Nigel (Lythgoe, executive producer) was mad too. Nicki knew better,” an inside source told FOX411’s Pop Tarts column. “And Mariah was just annoyed, she’s really over (Nicki.) They were all just embarrassed that it happened.”

Of course, this isn’t the first incidence of bad behavior on Minaj’s part. Last year, she hit headlines after Carey revealed that she was forced to hire extra security after her feisty co-host threatened to shoot her. And in an episode that aired in January, Minaj unleashed another f-bomb tirade after a seemingly small disagreement with the other judges.

“Maybe I should just get off the f**king panel! Let me get off the panel” the dramatic songstress screeched, tossing her chair.

However, the latest episode of Minaj showing up very late for a live taping in a gig she is being paid millions for was the ultimate jaw-dropper for all involved.

A rep for FOX told us that “Ryan addressed it at the top of the show” and that there was no further comment.

A rep for Minaj did not respond to a comment request.