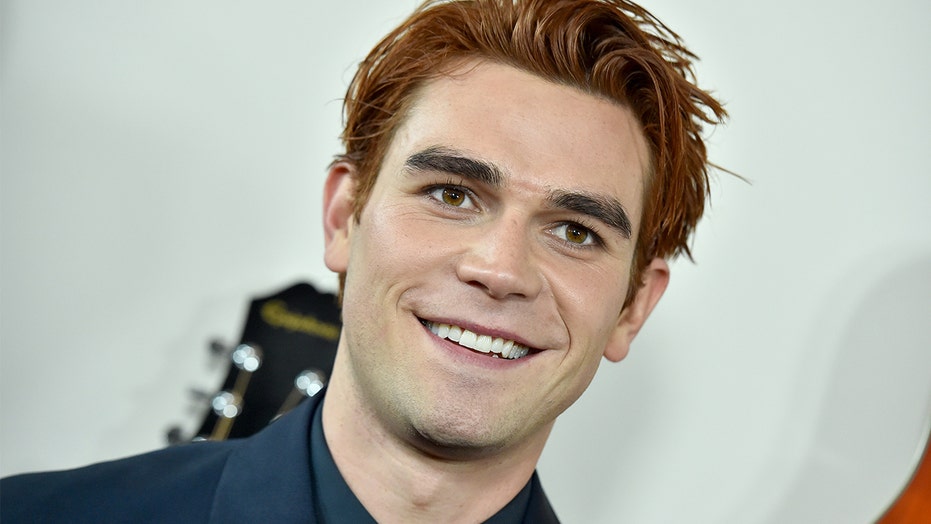 A trailer for the apocalyptic thriller “Songbird” was met Thursday with heavy criticism.

The film follows a couple played by KJ Apa and Sofia Carson who fell in love virtually during “COVID-23” and try to meet up.

The “Romeo & Juliet”-esque plot is set in 2024 when “the mortality rate is over 50 percent and the virus kills at an accelerated rate” and “infected Americans are forced from their homes and into quarantine camps,” according to Entertainment Weekly.

After the trailer was released, many people slammed the film for being produced in the middle of the coronavirus pandemic.

People also criticized the movie for “romanticizing” the pandemic.

“It's a dystopian, scary world, but it's a romantic movie about two people who want to be together, but they can't,” filmmaker Adam Mason told EW. “It’s Romeo and Juliet, but they’re separated by her front door and by the virus.”

“Talk about pure bad taste. Lets make make (sic) a movie about a family dying from COVID while your REAL family is dying from COVID. Yeah, this is exactly what people need, a cinematic reminder that having hope is pointless and we should just give in to misery and death. God d--n!” one person tweeted.

Another said, “This movie is basically romanticising (sic) the pandemic as it’s making what is a global tragedy that is killing thousands a day into a love story.”

AS CORONAVIRUS SPREADS, THESE LATE-NIGHT SHOWS ARE RECORDING WITHOUT AN AUDIENCE

“This movie is so in extremely poor taste & I can’t even believe that this movie is coming out when cases are skyrocketing, hospitalizations are going back up & after so many people lost their lives to this virus,” one person said. “This is so very disgusting, very disrespectful & very insensitive!!”

Another person added: “This is quite possibly one of the s----iest attempts at cashing in on human suffering. Whoever makes this movie should be ashamed. This isn't needed, nor wanted.”

Another person similarly said, “Cuz this is exactly what we need right now.”

“They really said ‘i know people are already losing hope in present day and the world's a literal mess but before the wattpad kids can get on the plot let's just do it ourselves and kick the world while it's down by imagining we never get out of this. also romance,’” one person quipped.

One social media user added: I think that this is very insensitive & harmful to release a pandemic horror movie while we are still in the middle of this pandemic. Also I don’t see any masks, barely any social distancing & this movie is just straight up so disrespectful to all the people who lost their lives!”

“Songbirds” was the first movie to film in Los Angeles, Calif., after productions came to a halt due to the ongoing pandemic.

After it began filming in July, the movie received a "do not work" order from the Screen Actors Guild - American Federation of Television and Radio Artists (SAG-AFTRA).

CORONAVIRUS IS NOT STOPPING EMPTY FILM SETS FROM MAKING A COMEBACK: ‘THERE HAS TO BE A NEW NORMAL’

The reason for the order was because "the producers have not been transparent about their safety protocols" amid the coronavirus crisis, a union rep said in a statement obtained by The Hollywood Reporter (THR).

The organization told THR that they are taking safety protocols "very seriously" and that the film's producers "have not yet become signatory to our agreement."

KJ Apa stars as an immune essential worker during the "COVID-23" pandemic in the romantic thriller "Songbird." (Axelle/Bauer-Griffin/FilmMagic)

Per the outlet, the order stated: "The producer of the picture entitled 'Songbird,' has failed to complete the signatory process and is therefore not signed to any applicable SAG-AFTRA agreement. As such, SAG-AFTRA members are hereby instructed to withhold any acting services or perform any covered work for this production until further notice from the union."

Furthermore, the statement said: "Please note, accepting employment or rendering services on Songbird may be considered a violation of Global Rule One. Violating this order may result in disciplinary action in accordance with the SAG-AFTRA Constitution."

As of June 12, film and television productions have been allowed to resume in Los Angeles County with strict rules that include testing of on-set employees, social distancing, cleaning of props and sets, as well as a coronavirus compliance officer being installed on-set.