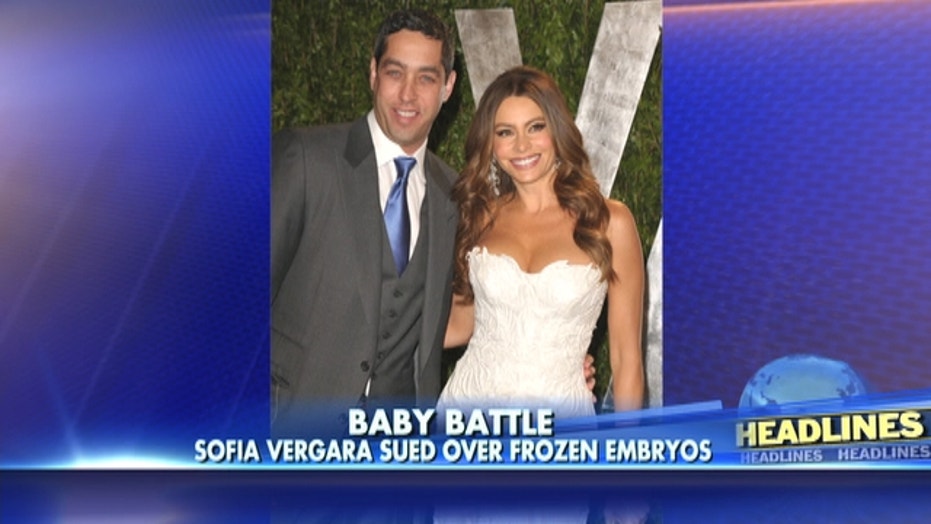 Sofia Vergara cannot stop gushing about her relationship with Joe Manganiello, but her former fiancé Nick Loeb is popping back up in her life and entangling her in a legal battle.

According to a report by InTouch Weekly, Loeb has filed a lawsuit regarding two frozen embryos the former couple had created about six months before they split last year. He wants to make sure the “Modern Family” actress cannot destroy them.

In court documents filed by Loeb, who used the pseudonyms John and Jane Doe, the businessman claimed his former flame refuses to agree to their preservation under all circumstances. The lawsuit was apparently first filed in August 2014 and refiled this month with new information.

Vergara and Loeb are said to have previously used a surrogate to get pregnant twice, but were unsuccessful. Before the last two embryos could be implanted in a surrogate, the two ended their relationship.

The actress “hoped for the female embryos to ultimately be destroyed,” the court documents said, but Loeb wants a chance at fatherhood.

“Nick has always wanted to be a father and will do whatever it takes to save these two remaining female embryos,” a source told InTouch. “Nick is very emotionally invested in these female embryos because he’s pro-life and believes life begins at conception.”

According to the report, the former couple did have to agree on what would happen to the embryos should they pass away but not if they separated.

Vergara reportedly wanted the embryos to be thawed if case of death, but Loeb refused to agree. Eventually he went along with what she wanted.

“Jane insisted that John agree to the destruction of the female embryos under the circumstance and began vigorously berating him in the offices. John Doe signed his portion of the former directive, even though he did not agree with it, in order to avoid further abuse,” the lawsuit states, according to InTouch.

Loeb also accuses Vergara of being “physically and mentally abusive” on numerous occasions.

“She punched him in the face on two occasions, kicked him, and threw her phone at his head,” the lawsuit said. “She also routinely bullied him, calling him a ‘loser,’ ‘worthless’ and other degrading names.”

Fox News Latino has reached out to Vergara’s camp for comment.