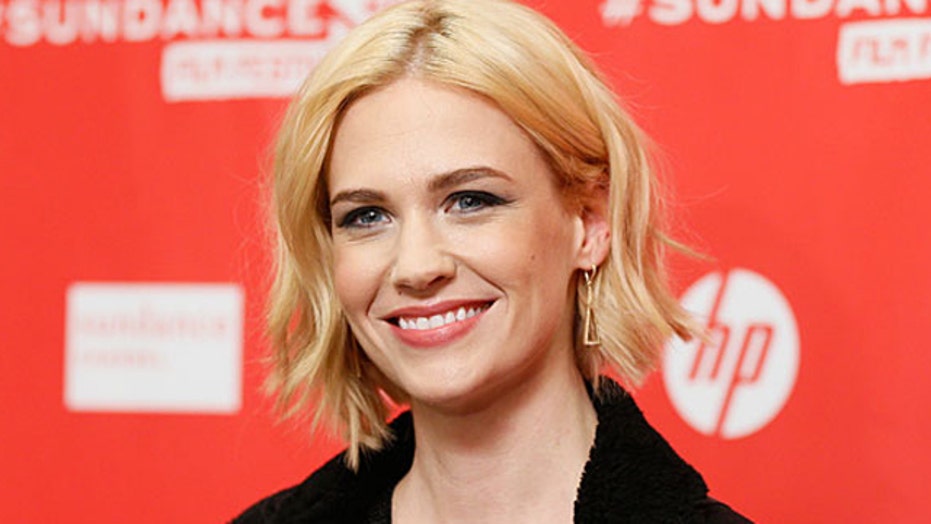 Actress guest stars in FOX's 'The Last Man on Earth'

"People want to set me up all the time and I’m like, ‘No way.’ If I meet someone and we go out, then fine, but I’m not going to go look…," Jones told Red.

Jones has kept the identity of the father of her 5-year-old son Xander under wraps, but about being solo, she boasts she has no qualms. She says she lives alone, and told Red she spends her evenings and weekends playing mom.

“I just don’t feel I need a partner. Do I want one? Maybe. But I don’t feel unhappy or lonely... I realize I have very high expectations and will probably have to compromise – but my life is so full. It’s not like, ‘Aww, I wish I had a man.’ After I had Xander, I went on a couple of dates and I was like, ‘I’d rather be at home sleeping, or watching TV or hanging out with my kid.'"

Although there may not be a man in Jones’ home full-time, her son gets his male bonding time via family and friends.

“Xander has a lot of bro time with the neighbor dads and my dad, who is super young.”

Jones isn’t worrying too much about the men in her life or her son’s, rather focusing on the reality and the power of the women in his life.

“It’s good to have strong women around a man,” she told Red. “To teach him [Xander]to respect women. He doesn’t have a male person in his life saying ‘don’t cry’ or ‘you throw like a girl’. All those sh---y things dads accidentally do.” She says her male friends “want to be around him because he’s such a fun kid.”

Jones has been single since her son was born, but in the past, she's been romantically linked to Ashton Kutcher, Josh Groban, Jason Sudeikis and her current co-star in “The Last Man On Earth," Will Forte.