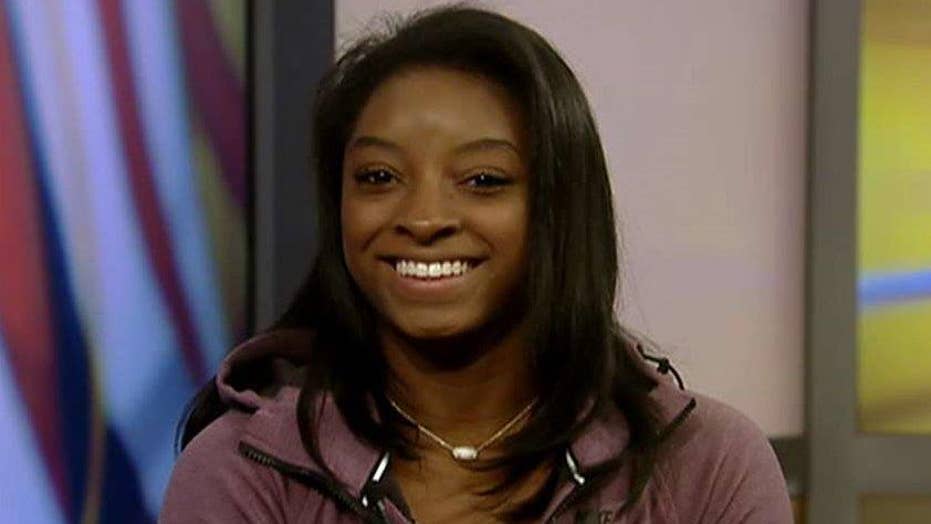 Simone Biles on finding the 'Courage To Soar'

The 20-year-old gymnast retweeted a comment on Friday made by a viewer after she posted photos of herself vacationing in Hawaii.

The person wrote, “Seems like u have partied non stop for a year #trash #unfollow #suckya—rolemodel.”

Biles responded, “Talk to me when you train for 14 years and earn 5 Olympic medals. I think kids would say otherwise. My year off is well deserved! Take a couple seats.”

After competing in the Rio Olympics with Team USA in 2016, Biles appeared on ABC’s “Dancing With the Stars” for season 24 where she finished in fourth place. In late 2016, she also released a memoir, titled “Courage to Soar” where she described what it was really like training for the Olympics.

“I trained for six hours a day: three in the morning, three in the afternoon,” she told Fox News earlier this year. “So yeah, my days were a bit longer, but I still fit in school and everything.”

She also credited faith in playing an essential role in her courage to compete.

“I go to church every Sunday,” she said. “My mom, sister, and I would light a candle and pray. I would pray to St. Sebastian, patron of athletes. I would pray to him so he can keep me safe. I just felt like he was always there for me to pray and talk to. And you can always pray. I could be walking down the street and no one may know it, but I could be praying. It’s just super helpful for me.”