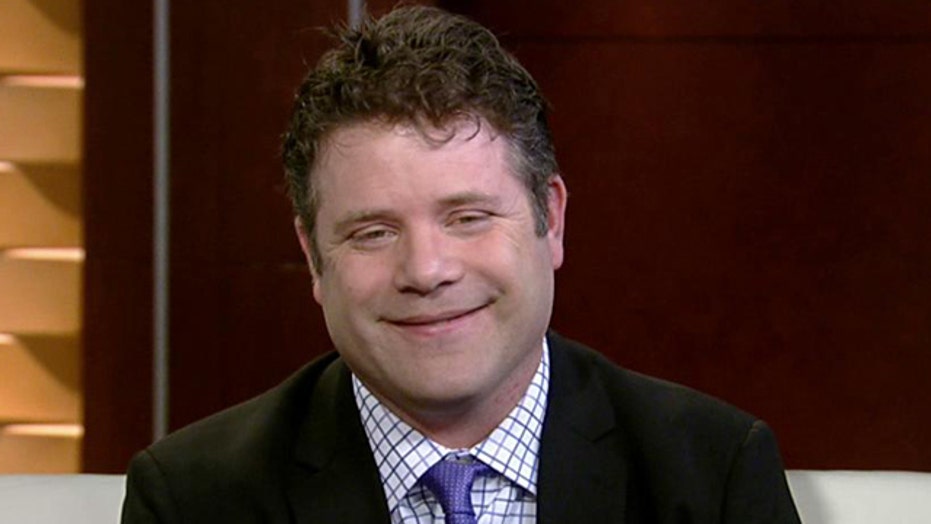 NEW YORK – Known for his leading roles in "Lord of the Rings," the "Goonies" and "Rudy," actor Sean Astin's approach to choosing his next movie role is similar to his take on religion; he doesn't want to be confined to one group.

"I guess I never wanted to declare a team because I wouldn't have wanted any of the other teams to invite me to their party," Astin told FOX411. "I'm a wildcard, they can't figure me out."

Astin, who is "technically Lutheran" after he, his wife and three daughters were baptized in the same church, never thought about defining his faith until he was asked in a live interview to share his religious beliefs.

"I thought, 'Huh, I guess I have to have an answer'," he recalled. "I consider myself a Christian. I don't know if I'm a very good one but I'm praying the forgiveness thing is legit."

While Astin's answer is confident now, his road to faith was a winding road. Raised by his mother, actress Patty Duke, and father, "The Addams Family's" John Astin, in what he describes as a secular home, Astin was exposed to a variety of religions before coming to his own faith.

"My mother was a Catholic who had been kicked out of the church at one time and she put me in Catholic school in sixth to eighth grades and I wanted to become a Catholic then," he said. "But my father, who was an atheist because his parents were a scientist and school teacher, later discovered Buddhism."

In addition to his exposure to Catholicism and Buddhism, Astin's oldest brother "went to India, shaved his head and lived on an ashram and became Hindu."

In 2003, Astin decided to "embrace Christianity" and develop his own "relationship and understanding with God."

"I figure since I went to Catholic school for three years and my mom did some really good Catholic type work, and since I starred in 'Rudy' and I was in 'Lord of the Rings,' I figure if I get to [heaven] and St. Peter is taking numbers, I might have to wait a little while, but I'll probably get let through."

Astin stands strong in his faith today and currently star alongside “Grey’s Anatomy’s” Sarah Drew in the faith-based “Moms Night Out.”

But Astin didn’t say yes to a role in his new film because of its Christian message; the actor chooses roles with artistic value.

“I don’t think my faith has had a conscious part in decisions in terms of what movies I make,” he said. “I won’t do something if I feel it has zero moral redemption. I answer to a truly higher power than I’m capable of understanding and I don’t go by what other people would determine as a legitimate Christian offering or not.”

After appearing in his second Christian-focused film, Astin laughs at the fact that he might now be labeled as a Christian filmmaker despite having been in many more mainstream movies.

“What's funny is the idea that I might become a paragon of Christian filmmaking because I've done two Christian films,” he said. “I'm just not going to not make films because Christians are making them if they’re good films.”

“Hollywood is antagonistic to Christian films because of forces that are hard to describe, but Christians have made things difficult for themselves by the way they approach the outside community,” he continued.

Astin said people need to forget about those “who grab the microphones and yell the loudest.” The fact is, people are hungry for family-friendly, faith-based entertainment and studios are finally starting to listen.

“The Christian ground game is presently revolutionizing marketing in filmmaking,” he explained. “It's not a subtle thing, and it's a great thing and it's not owned by the Christians. They are just getting there first because they’re tired of not being able to get their product into a wide marketplace.”

No matter your faith, Astin hopes his new movie will allow the audience to stop, breathe and reflect for a minute.

“This sweet premise of moms, whose evening has gone bad and dads who are struggling to kind of make things go right, this movie chooses to let it sink at certain moments and let us reflect for a minute.”