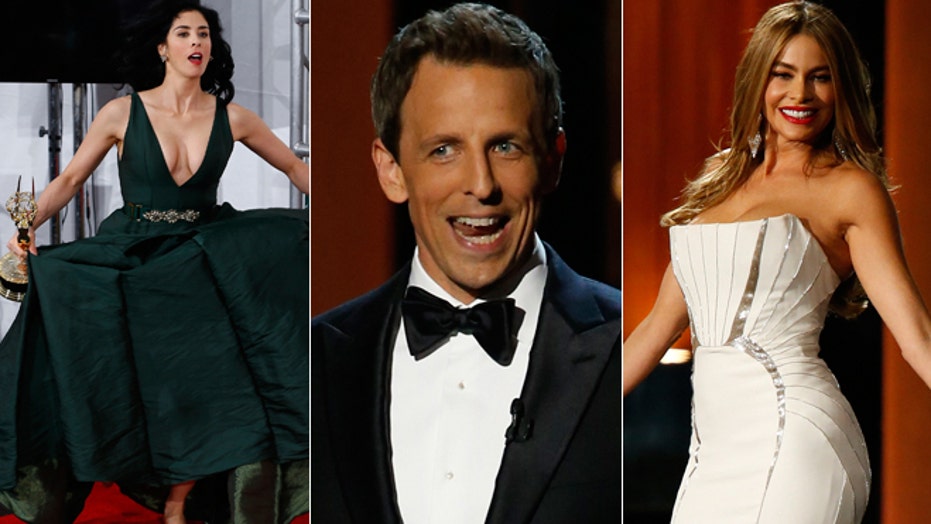 Some stars were uptight and nervous ahead of the 66th Primetime Emmy Awards, but others seemed to be getting wild on the red carpet.

“Orange is the New Black star” Natasha Lyonne admitted to sexting as she arrived for TV’s biggest night.

The starlet was finishing up a text message before she chatted with E! News’ interviewer, Ross Mathews, and she dished, "This is not a G-rated text message I'm sending right now.”

Meanwhile, comedienne Sarah Silverman seemed a bit out of it while she chatted with NBC’s red carpet correspondent and admitted her purse was packed with her phone, gum and... marijuana?

Later, while chatting with E!’s Giuliana Rancic , Silverman took out a vaporizer pen and said, “This is my pot. It’s liquid pot.”

When accepting her award for best writing for a variety special for "We Are Miracles" on HBO, a barefoot Silverman said, "And we're all just made of molecules, and we're hurling through space right now."

Fans in the Twitterverse speculated that Silverman may have been high during the interviews.