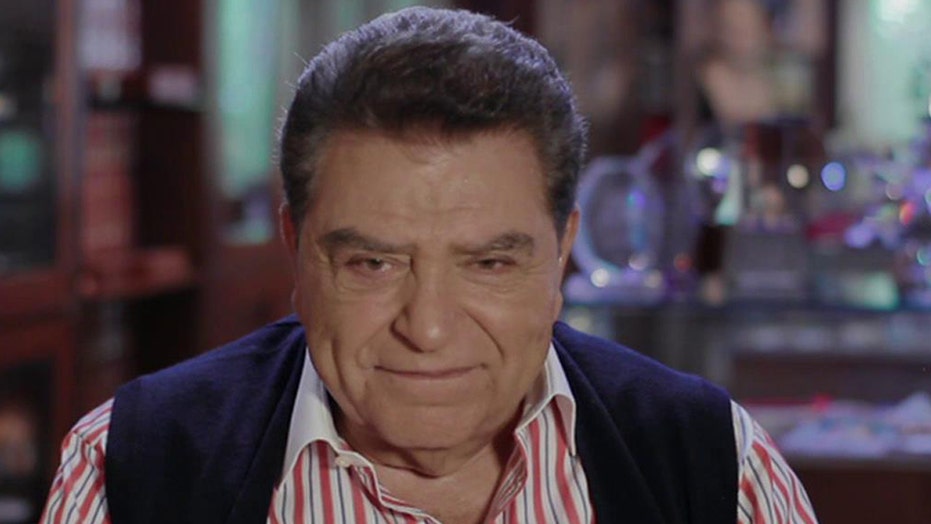 Don Francisco will host his iconic variety show “Sabado Gigante” for the last time Saturday night, ending an era largely defined by one man’s ability to inspire generations of Latinos around the world.

The star-studded affair on Univision will mark the end of TV’s longest-running prime time show and will include big time appearances and performances from superstars like Shakira, Enrique Iglesias, Gloria Estefan and Marc Anthony.

But make no mistake: the biggest star on Sabado Gigante’s stage has always been Mario Kreutzberger, better known as Don Francisco.

For Francisco, his last episode is a culmination of an extraordinary life and an immigrant success story that seemed improbable 74 years ago in his native Talca, Chile.

“Both of them [parents] they were Holocaust survivors,” he said in an interview with Fox News. “They came from Germany, during the Second World War.”

Don Francisco said his rise to stardom is all thanks to his parents, who as immigrants themselves inspired him to be the man he is today.

His mother was an opera singer in Germany.

“She couldn’t perform, because when she was ready to perform it was the beginning of the Holocaust and she was not allowed to perform,” Francisco said. “She was very frustrated with that and maybe she pushed me and she was pushing me always that I do something related to music.”

His father, however, had different aspirations for his son.

“My father had a dream that I become a professional in men’s clothing,” Francisco said.

In fact, his father sent him to New York City in 1962 when he was just 19 years old in the hopes that Francisco would become a designer. Francisco knew about 25 words of English when he first arrived in New York, he recalled. But, as fate would have it, it was a move that would introduce Francisco to television for the first time.

“When I went up to my [hotel] room, there was a big radio very similar to the radio we had inside the house in Santiago,” Francisco explained. “When I put it on and when I saw that ... you were able to see and listen at the same time. I was amazed.”

The avid teenager followed his new television dreams – when he returned to Chile, he convinced a local station to give him a variety show. Just weeks later, the TV personality Don Francisco was born on a variety show that would one day become "Sabado Gigante."

Francisco spent 30 years on television in Chile, before he began broadcasting the show out of Univision studios in Miami in 1986. Almost instantly millions tuned in from 42 countries. Since then, Francisco has undeniably united the multinational Hispanic community.

“The audience feels at home with him when they tune in every Saturday, like they are participating in something,” "Sabado Gigante" director, Vince Riesgo, said.

Francisco believes the show’s success over the years is owed entirely to its audience.

Sabado Gigante has propelled Mario Kreutzberger’s life from immigrant Chilean boy to television icon, but at the end of the day, he doesn’t want the show to be what defines him. He believes his story is not unlike the extraordinary contributions made by the community who has supported him for decades.