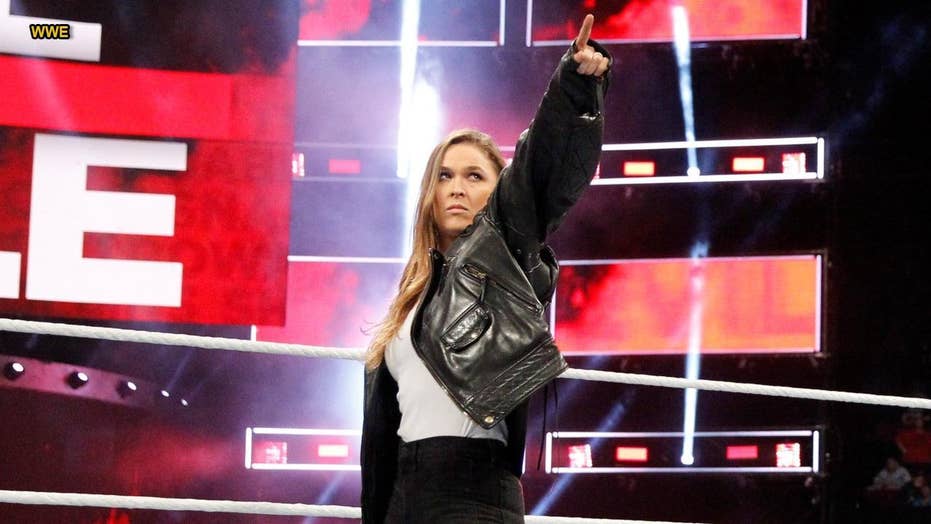 Fox411: UFC superstar Ronda Rousey agreed to a full-time deal to perform with WWE, according to ESPN.

Rousey made an appearance at WWE’s Royal Rumble pay-per-view event in Philadelphia on Sunday night, appearing to challenge the women’s Royal Rumble winner Asuka to a match at the company’s premiere event Wrestlemania.

Everyone's eyes are on #WrestleMania 34...

"This is my life now. First priority on my timeline for the next several years. This is not a smash-and-grab; this is not a publicity stunt," Rousey told ESPN. "When I first met with Triple H (the company’s executive vice president), I told him, ‘there are other things I can do with my time that'll make way more money, but I won't enjoy nearly as much.'"

Rousey is widely credited with bringing women’s mixed martial arts to the mainstream. She quickly became a superstar in the sport, winning five of her first six fights in UFC in the first round.

Rousey was UFC’s first ever woman’s bantamweight champion and with that became a recognizable pop culture star, starring in several movies and even hosting “Saturday Night Live.”

However, Rousey lost the last two fights of her mixed martial arts career – to Holly Holm in 2015 and Amanda Nunes in 2016.

Speculation about Rousey’s possible move to professional wrestling started at Wrestlemania in 2015 when The Rock pulled her into the ring to help toss Triple H and his wife Stephanie McMahon out of the ring. Rousey has since appeared in the stands at events for WWE's developmental system, NXT.

Rousey apparel has also surfaced on the WWE website.