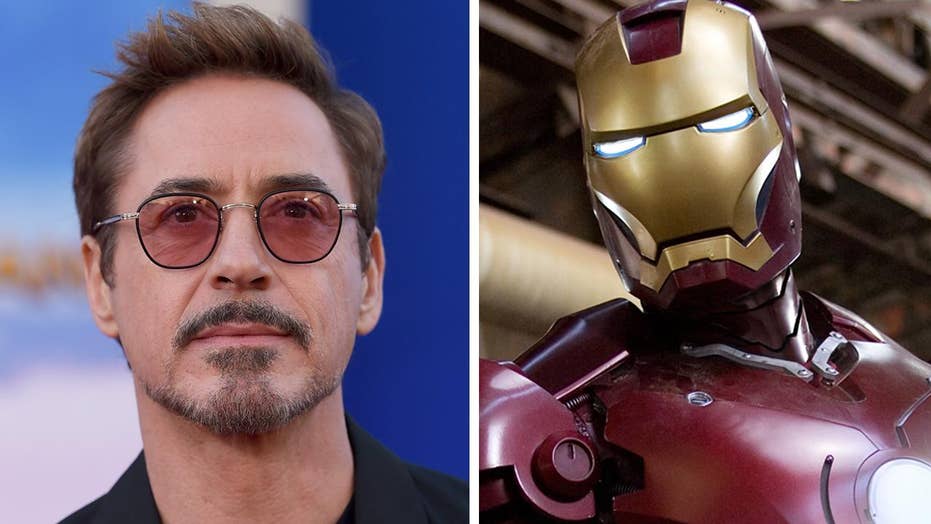 Fox411: 'Iron Man' actor Robert Downey Jr. says he may give up playing the Marvel character before it becomes 'embarrassing'

Robert Downey Jr. may be hanging up his super suit and give up playing Iron Man in the Marvel Cinematic Universe sometime soon.

The 52-year-old star recently addressed his future within the ever-growing world of Marvel heroes being brought to the big, and small, screen. Downey Jr.  took on the role of Tony Stark in 2008, and his “Iron Man” installments have been a smash hit, but he said in a recent interview he is worried that remaining in the role for too long could tarnish Stark’s legacy.

“It’s this cyclical thing. I could have said when the first ‘Avengers’ came out: ‘It’s never going to get any better than that. Everybody stop.’ But to me, it’s always about people and opportunities, like the (‘Avengers’ directors Anthony and Joe) Russos, who I adore,” he told News Corp Australia Network.

“Everyone says to me it’s like a glove that fits so well. I have to start over every time but I am starting over with a pretty solid base. I just never want to blow it for the last six or seven (Marvel movies) I have done by dropping the ball because I decided to go do it one more time. I just want to hang up my jersey before it’s embarrassing.”

Downey Jr. has had the most screen time of any other actor in the Marvel universe. To date, he’s been featured in six out of the 15 connected films -- not counting his brief cameo in “The Incredible Hulk.” However, it’s worth noting that Downey Jr. hasn’t led one of these movies since “Iron Man 3” in 2013.

In 2014, he disappointed some fans when he confessed to Variety that there were no plans for an “Iron Man 4.” Since that time, though, he’s acted as part of the franchise’s ensemble with memorable supporting roles in “Avengers: Age of Ultron” and “Captain America: Civil War.” He’s currently slated to do so again alongside Tom Holland in the upcoming “Spider-Man: Homecoming” as well as “Avengers: Infinity War,” which will be a two-part story.

The Marvel Cinematic Universe films are the highest-grossing film franchise of all time, beating out heavy hitters like “Stars Wars,” “Harry Potter” and “Fast and the Furious.”

While the actor seems to be cooling off on the Tony Stark role, he’s not outright refusing to return. According to CinemaBlend, he previously told reporters at a “Spider-Man: Homecoming” press junket that he simply wants to ensure he’s attached to quality projects.

“What happens to me is that things are presented to me that are really well thought out by folks that have been doing this correctly for a really long time, and I go like, ‘Check.’”