Robert De Niro has penned an open letter to Robert Mueller, telling the special counsel the "country needs to hear your voice."

De Niro urged Mueller to comment publicly on the president in an open letter published by the New York Times. The Hollywood icon began his piece by pointing out how he played the special counsel on multiple episodes of "Saturday Night Live," telling Mueller "I got to know you a lot better" in preparation of the role.

However, he expressed that while he "admired" his "quiet, dignified response" to the attacks from President Trump and his supporters, he said such a response "allowed the administration to use its own voice to control the narrative."

"Say what you will about the president — and I have — when it comes to that lying, exaggerating, bullying thing, no one can touch him. He has set up a world where it seems as if those disapproving of him can effectively challenge him only by becoming just like him," De Niro wrote.

ROBERT DE NIRO CALLS TRUMP A 'WANNABE GANGSTER': 'THIS GUY HAS PROVEN HIMSELF TO BE A TOTAL LOSER'

"He’s bringing down the level of the entire playing field," De Niro wrote in the open letter. "And here, Mr. Mueller, is where you come in — where you need to come in. In your news conference, you said that your investigation’s work "speaks for itself.” It doesn’t. It may speak for itself to lawyers and lawmakers who have the patience and obligation to read through the more than 400 pages of carefully chosen words and nuanced conclusions." 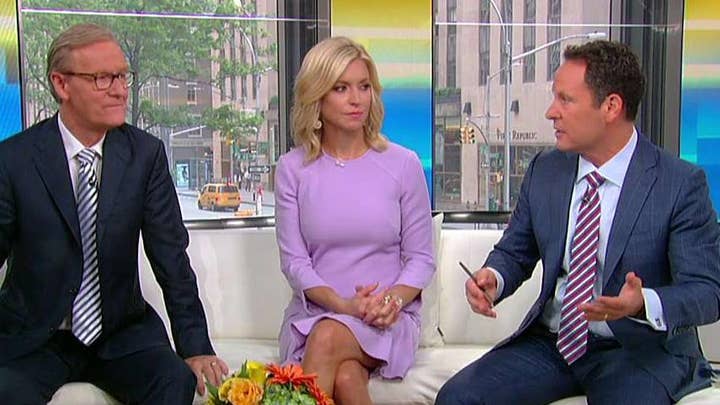 The Oscar-winning actor acknowledged how "uncomfortable" Mueller is in the spotlight and that he doesn't "want to become part of the political spectacle," but insisted that "the country needs to hear your voice. Your actual voice."

"We’ve learned our lesson about what can happen to the perception of your work when interpreted in rabid tweets by the president, dissected by pundits all over the map, trumpeted in bizarre terms by the president’s absurd personal lawyer and distorted by the attorney general," De Niro continued.

"And if, in fact, you have nothing further to say about the investigation, for your public testimony, you could just read from the report in response to questions from members of Congress. Your life has been a shining example of bravely and selflessly doing things for the good of our country. I urge you to leave your comfort zone and do that again."

"You are the voice of the Mueller report. Let the country hear that voice," he concluded.