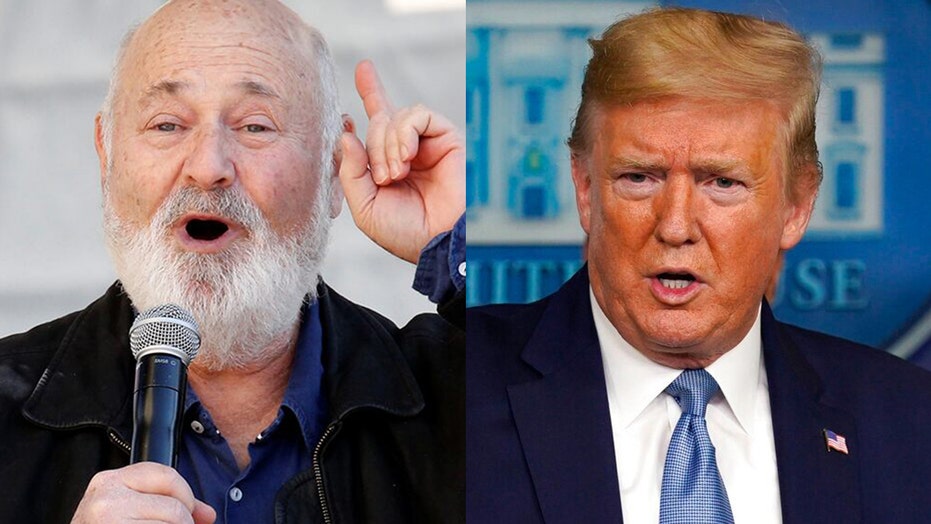 Rob Reiner called for Donald Trump to be removed from office due to his handling of the ongoing coronavirus pandemic.

The 73-year-old actor and director took to Twitter on Monday to criticize Trump and his administration's response to the coronavirus outbreak that continues to spread throughout the world.

Donald Trump has faced harsh rebukes from his detractors both in Hollywood and in politics for seemingly downplaying the severity of the crisis and not equipping the country with adequate leadership or resources to combat the growing threat the virus poses.

The coronavirus pandemic has infected more than 169,000 people and killed more than 6,500. The COVID-19 illness has caused mild or moderate symptoms for most patients, but severe symptoms have been more likely in the elderly or people with existing health problems. More than 77,000 people have recovered from it so far, mostly in China.

This is hardly the first time that Reiner has used his Twitter account to publicly criticize the president and call for his removal from office. In February, he marked Presidents' Day with a message to his Democratic-leaning followers to vote in the November general election for whoever Trump’s opponent happens to be.

Rob Reiner called for Trump to be removed from office due to his handling of the coronavirus.   (Reuters/AP)

“On this Presidents' Day let US vow that this Nov. we will elect a POTUS who is not a Malignantly Narcissistic Pathologically Lying Misogynistic Racist. One who believes in The Rule of Law, respects The Constitution, and doesn’t grab women by the p----,” Reiner tweeted.

Two days prior to his Presidents' Day tweet, Reiner further commented on the urgency with which he believes Trump, whom he calls a "cancer on Democracy," needs to be voted out of office.

“Unless we all pledge to unabashedly and passionately support whichever candidate emerges to oppose this cancer on our Democracy, the Revolutionary War will have been fought for nothing,” he wrote.

One day prior, Reiner commented on climate change, noting that Trump is the single greatest thing standing in the way of doing something about it.

“We are experiencing two existential crises in real time: The Degradation of our Democracy and our Planet. Since we are responsible for both, we can save both. The Removal of the Criminal in the WH is the first critical step,” he wrote on Feb. 14.

He’s previously likened Trump supporters to white supremacists and referred to Trump as an “ill sociopath” as well as “mentally unstable.”