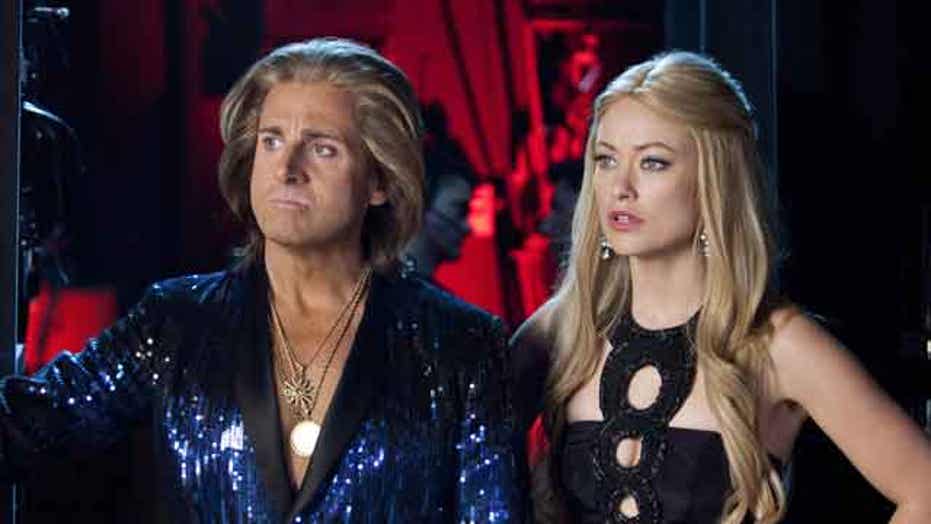 After a string of well-received dramas, funny-man Steve Carell returns to comedy with “The Incredible Burt Wonderstone,” a mixed-bag of tricks that parodies Las Vegas magic shows.

For years, “magical friends” Burt Wonderstone and Anton Marvelton (Carell and Steve Buscemi) were huge Vegas successes on stage. Off stage, the two magicians despise each other. But when Steve Gray (Jim Carrey), a violent and cutthroat street magician, gains popularity, Burt and Anton see their ticket sales dwindle. When hotel owner and producer Doug Munny (James Gandolfini) realizes Burt and Anton have become irrelevant, he gives them the boot in favor of the edgier magician.

When Burt resorts to performing magic at a senior home outside of Vegas, he encounters his childhood idol, old-school magician Rance Holloway (Alan Arkin). Holloway helps Burt remember why he became a magician in the first place and the two set off to re-claim the traditional showmanship of magic from the destructive Steve Gray.

The main issue with this film is comedic timing. Some of the gags run longer than necessary, bringing attention to the fact that they aren’t all that great. The film works much better during the more subtle comedic moments. The more the comedy is forced, the weaker the film becomes.

With “Wonderstone,” Carell runs his acting – and his brand of comedy -- across a wide spectrum. At first, he introduces the illusionist as a diva; a stubborn, obnoxious, misogynist completely detached from reality. His penthouse suite features a gigantic self-portrait, “the biggest bed in Las Vegas” for his extracurricular activities and a direct window view of a billboard for his act. Carell is anything but natural when doing this shtick. Every annunciation, look and reaction is such an excessive fabrication that it becomes irritating the longer it continues. It’s as if for the first half of his performance we can see the puppet master’s wires.

When Burt loses Anton and realizes he’s a has-been, Carell partly sheds the clown act and introduces his more dramatic side, which he has perfected over the course of his previous films. This transition is where we really see Carell’s craft. He effortlessly moves from a wacky caricature to a self-deprecating victim. For fans of the comedian, you’ll find both of Carell’s worlds here, though not necessarily the best.

Jim Carrey, on the other hand, resorts to the brand of comedy that initially made him a star. His Steve Gray is a cross between the beloved Ace Ventura and the darker, more sinister Cable Guy. Gray’s brand of magic is extreme, from slicing his cheek open and removing a card from his flesh to drilling a hole through his head. Carrey is as odd as ever and makes a decent antagonist.

The real gem in ‘Wonderstone’ isn’t Carell or Carrey, but Steve Buscemi as Burt’s level-headed partner Anton Marvelton. From his awkward dance moves to perfect riffs off Carell’s performance, Anton is a nice reminder that Buscemi is an underrated comedic actor.

Since this is really the Jim Carrey and Steve Carell show, the supporting cast, like James Gandolfini and Olivia Wilde, seem to be on standby, waiting for something to do which never comes. Alan Arkin, though, is a real magic act, making the most of his little screen time as the old illusionist.

Overall, ‘The Incredible Burt Wonderstone’ isn’t breaking comedic ground, nor is it ‘incredible,’ but there is something magical about seeing Carell, Carrey, Buscemi and Arkin together.