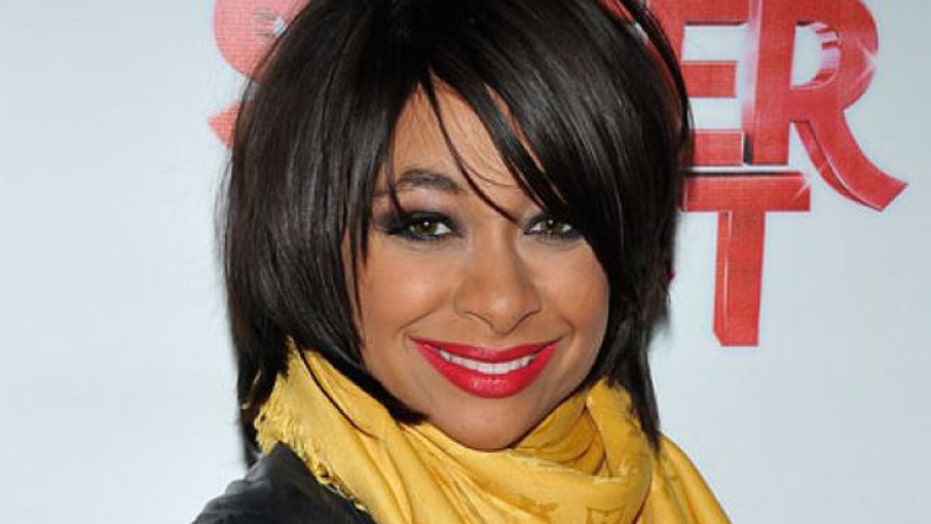 Actress Raven-Symoné opened up about the struggles she underwent after she was body shamed while growing up in show business.

Raven-Symoné, 31, said the comments about her weight affected her mentally, according to People.

“I wish I was living now as a younger person,” she told People. “I probably wouldn’t have so many mental issues.”

“[They said] I was too big to be doing an hour and a half concert. ‘I don’t know how she can dance being that big.’ And I was like, ‘I still did it!’” Raven-Symoné said. “I was on tour forever because it’s not about your size, it’s about what you have to say, if you can sing or dance, and performing. It’s not about your size.”

The “That’s So Raven” actress has spoken in the past about comments she received regarding her weight, including when she was a child actress on “The Cosby Show.”

“It was definitely hard,” Raven-Symoné said on "The View." “I remember not being able to have the bagel or anything at – we would call it crafty, where it’s just a table of food, ready for you to eat whatever you want. And I remember people would be like, ‘You can’t eat that. You’re getting fat!’ I’m like, ‘I’m 7! I’m hungry!’”

Raven-Symoné, who most recently stars in a new show, “Raven’s Home,” a spinoff of “That’s So Raven,” told People she is pleased with how accepting people are modern day towards different body types.

“I love embracing your body,” she said. “In this day and age you have all kinds, and it’s funny, it’s serious, it’s every color, it’s every head shape, it’s every hair. And there’s androgyny, and there’s LGBT coming in, and it feels good. We didn’t have it enough last time and I guess that’s what the past is for — to make sure the present is what it needs to be.”

Raven-Symoné revealed in October 2014 that she was in a relationship with a woman during an interview with talk show legend Oprah Winfrey. Last week, she told a Hollywood Life podcast that she was shocked that Disney invited her to be on “Raven’s Home” due to her sexual orientation.

JENNIFER LAWRENCE OPENS UP ABOUT HER RELATIONSHIP WITH ‘BRILLIANT’ DARREN ARONOFSKY

"I was surprised they chose me! I was like, ‘I came out, I said all kinds of stuff… look at y’all!’ Thank you Disney for understanding I’m a human,” Raven-Symoné told Hollywood Life. “So, yeah, I was pleasantly surprised, but again, as we grow and as the network grows and as humanity grows, the kids are getting smarter and smarter! You can’t lie to them, you can’t just pull the wool over their eyes anymore. They’re going to find out. So, I give props to Disney for embracing who I am and who the kids are of today.”