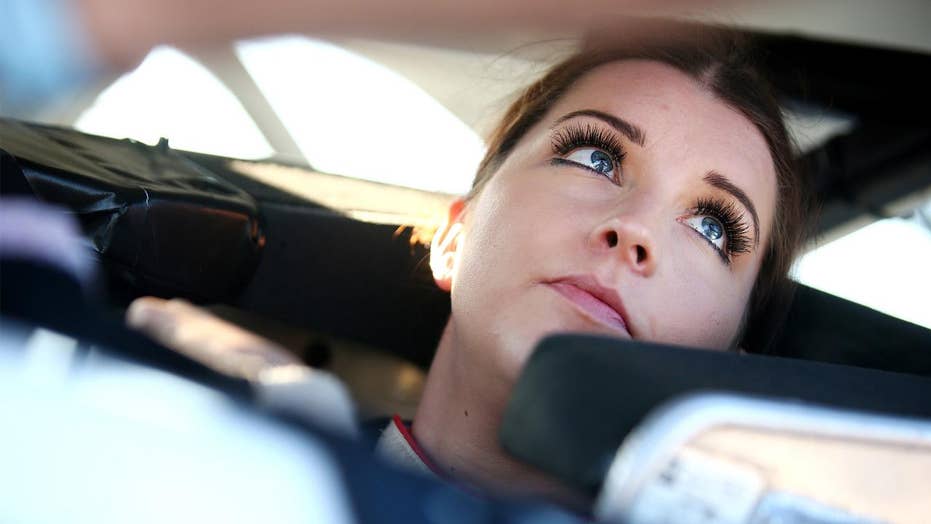 “Racing Wives” star and aspiring NASCAR driver Amber Balcaen says she isn’t worried about being compared to Danica Patrick as she embarks on her journey.

Amber Balcaen is determined to race her way to the finish line as a celebrated female driver and is hoping the wives of NASCAR drivers will cheer her on.

The 27-year-old Canadian native is one of the stars of CMT’s “Racing Wives,” a reality TV series that follows the lives of four women who are married to renowned NASCAR champions. Balcaen, a female driver, is friends with Kyle Busch’s spouse Samantha Busch, the co-owner of a professional race team. Balcaen joined the series in hopes of fulfilling her dream within an American, male-dominated sport. However, living life in the fast lane means getting compared to another brunette driver.

WHY 'RACING WIVES' WILL CHANGE PEOPLE'S OPINIONS ABOUT NASCAR 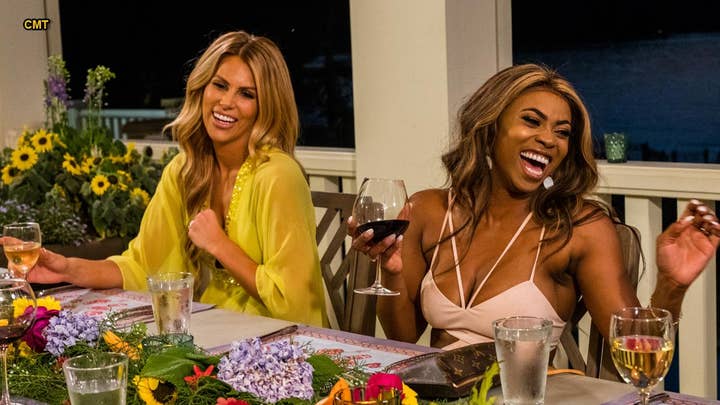 Balcaen spoke to Fox News about how Danica Patrick has inspired her over the years, whether she’s worried about the comparisons, why she’s eager to impress the NASCAR wives and whether she’s prepared to take on the drama that comes with reality TV.

Fox News: As you prepare to make your own mark, what’s the biggest life lesson you’ve learned from Danica Patrick’s life and career?
Amber Balcaen: Something I really respect about Danica is her tenacity. She is such a strong woman, and I really want to be more like that. I'm naturally kindhearted and sweet, but you need to have that grit, and you need to have that serious business side. And Danica has always had that. And I think that is what helped her be successful, not taking any BS from anyone and have people... take her seriously.

Fox News: What was it about racing, which is considered to be an American male-dominated sport, that drew you in?
Balcaen: I grew up racing, so it's really all I've known. I've been at the track since I've been in my mom's belly. My dad still races to this day. My grandfather raced, so I was born into it, and my love for the sport only grew as I got older. For me being a female and a Canadian, it was adversity for sure, but I wasn't going to let it stop me from going after my dreams. This is really what I want to do. Is be a full-time race car driver and this be my career. So, I wasn't gonna let those circumstances stop me from pursuing it.

Fox News: What are some misconceptions you feel people still have about you?
Balcaen: I think people still have some misconceptions that females aren't as good as males when that is not true. We win still, we win championships, and more and more females are getting into the sport, which is so great to see. And I think the respect comes with the track results. So I just have to keep winning races to gain more respect from everyone.

Fox News: In your opinion, is NASCAR becoming more welcoming of female drivers?
Balcaen: I think so. Definitely. There are more and more females getting into the sport in general, and I think that really helps with everything. Another great thing about NASCAR, it's one of the few sports that men and women can compete at the same level, and I think that's really cool, and I'm really grateful for that.

Fox News: What compelled you to join a show like "Racing Wives"?
Balcaen: I’ve been racing basically all my life, and a few years ago I moved to North Carolina to pursue my dreams of becoming a NASCAR driver. I grew up racing dirt, so this is a whole new world, a whole new industry to me. Thankfully I was able to meet Samantha Busch and Samantha Busch is the one who introduced me to CMT and to "Racing Wives" and helped me with this opportunity of being on the show.

Fox News: How difficult has it been to prove to the other NASCAR wives that you want to be taken more seriously as a driver?
Balcaen: They have honestly welcomed me with open arms. I think the wives do take me seriously for the most part. I think Sam really knows how hard I've had to work to get even here today, and she knows my dedication, and knows my passion for racing, and knows that I'm willing to work hard and do whatever it takes to make this dream come true.

Fox News: “Racing Wives” is a reality series. But how much of it is real?
Balcaen: It’s very real. The tears are real. The laughs are real. Unfortunately, I cry I think a little bit too much in the show, but my journey is real. I'm a race car driver who's trying to make it in this sport that's very, very difficult to make it in. It's all about getting the sponsors and financial backing to get to the next level. And you see us go through those struggles in the show.

Fox News: When it comes to reality TV shows, friendships are always tested, and drama tends to fuel the episodes. Are you worried that having cameras around could test your friendship with these women in a negative way?
Balcaen: I’m not necessarily worried. The one relationship that means the most to me is the one with Samantha because I want to race for her husband's team, Kyle Busch Motorsports. We definitely go through our ups and downs, but overall, I think we come together and have the same goals in mind, and we'll be looked at in a positive light overall.