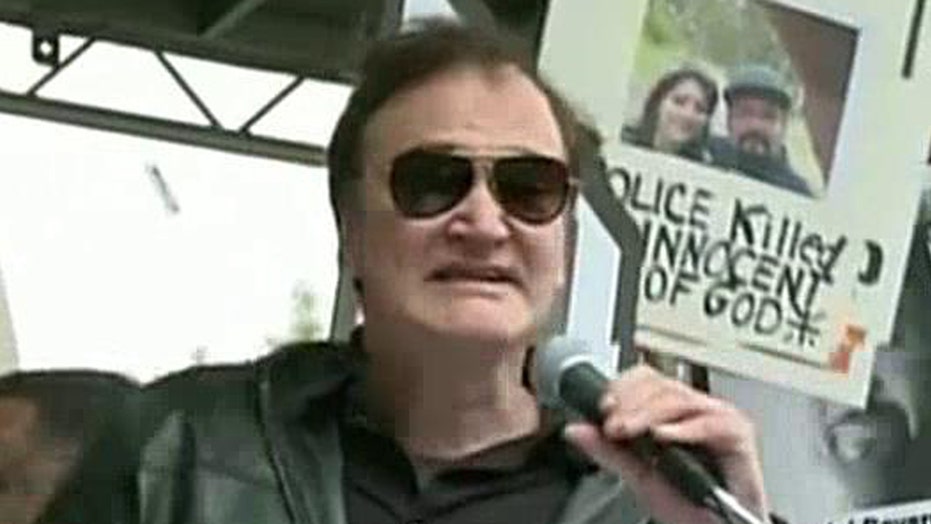 Quentin Tarantino’s war of words with cops continued Wednesday when he said the Patrolmen’s Benevolent Association is “slandering” him and that cops threatening to boycott his new film sound like action-movie villains.

“I’m not anti-police. I’m not a cop hater. They’re trying to vilify me as that,” Tarantino told Whoopi Goldberg and hosts of “The View.” “As far as I’m concerned, Patrick Lynch, the head of the NYPD union, is slandering me by calling me a cop hater because they can’t deal with the criticism that I’m giving.”

He added, “They don’t want to handle this kind of criticism, at least coming from somebody . . . from my kind of stature.” Last month, Tarantino called cops “murderers.”

He sniffed on “The View,” “Some of them are talking about [how] they’ve got ‘surprises’ for me and they’re ‘going to do this.’ They sound like bad guys in an ’80s action movie.”

The national Fraternal Order of Police called for a boycott of Tarantino, and its head said, “Something is in the works, but the element of surprise is the most important element.”