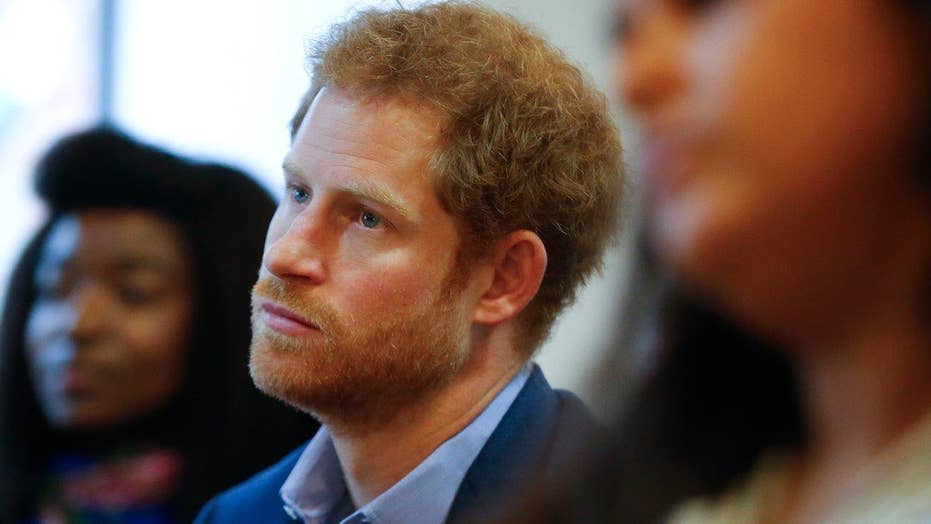 Prince Harry has opened up about his struggles after his Princess Diana’s death in a revealing new interview that breaks with royal tradition of staying silent about personal issues.

The prince, 32, revealed to The Daily Telegraph that he almost had multiple breakdowns after his mother was killed in a 1997 car crash when Harry was 12 years old.

He describes a long, painful process of refusing to face his sense of loss that only came to an end when he was in his late 20s and sought professional counseling to cope with the pressures and unhappiness.

"My way of dealing with it was sticking my head in the sand, refusing to ever think about my mum, because why would that help?" he said of his teens and 20s, a period in which he embarked on a successful military career but also occasionally attracted unwanted headlines, notably for being photographed playing "strip billiards" in Las Vegas.

In the interview, Harry said he had at times felt "on the verge of punching someone" and had taken up boxing as an outlet for the aggression he felt.

He said the long suppression of his grief eventually led to "two years of total chaos."

He said he was pretending that life was great until he started counseling and faced his problems head on.

"All of a sudden, all of this grief that I have never processed started to come to the forefront and I was like, there is actually a lot of stuff here that I need to deal with," he said.

Along with his brother Prince William and sister-in-law the Duchess of Cambridge, Harry has worked with a charity that promotes mental health. They have argued that mental health problems must be given the same priority as other illnesses and should be spoken about openly and without stigma.

Harry has also worked extensively with wounded veterans and has organized the Invictus Games to foster international sporting competition for injured or ill service personnel and veterans.

Harry told the newspaper that he is in a "good place" now, and praised William for helping him seek help after many years of suffering in silence.

“My brother was a huge blessing. He kept saying ‘This is not right, this is not normal — you need to talk about stuff. It’s not normal to think that nothing’s affected you.’”

Harry has never before spoken publicly about his problems dealing with Diana's death. He and William have both been wary of press coverage, in part because of the way photographers shadowed their mother's every move.