Prince Harry opened up to his good friend Paralympian Dave Henson about how serving in Afghanistan opened his eyes to some of the issues he hadn’t faced following his mother’s 1997 death.

During the chat, which aired Wednesday on the U.K.’s Forces TV, Harry brought up Princess Diana’s death.

"I've got plenty of issues but none of them really relate to Afghanistan, but Afghanistan was the thing that triggered everything else,” he said during the chat, according to E! News. "Not to get too personal, if you lose your mum at the age of 12 then you've got to deal with it and the idea that....15, 17 years later I still hadn't dealt with it, Afghan was the moment. I was like 'right—deal with it.'"

He also said he suffered from panic attacks as a kid.

“In my case, suit and tie, every single time I was in any room with loads of people, which is quite often, I was just pouring with sweat, like heart beating — boom, boom, boom, boom — and literally just like a washing machine,” he said, via People magazine. “I was like, ‘Oh my God, get me out of here now.'”

But the prince said he would quickly realize, “Oh, hang on, I can’t get out of here, I have got to just hide it.”

Harry officially retired from the British Army in 2015. He said he then began to assess his mental health.

“Once I plucked my head out of the sand, post-Afghan… [it was] a huge... life changing moment for me. It was like, ‘right, you are… Prince Harry, you can do this… You’re gonna be able to get that support, because you’ve got the credibility of 10 years’ service and therefore, you can really make a difference.’”

He said his experiences made him want to help others.

“You help yourself, so you can help others,” he said. “And I think that is hugely powerful.”

In April, Prince Harry opened up for the first time about his mental health struggles.

“For a lot of my 20s, I was a problem,” he admitted to The Daily Telegraph.

He said the long suppression of his grief regarding his mother’s death eventually led to "two years of total chaos."

Along with his brother Prince William and sister-in-law the Duchess of Cambridge, Harry has worked with a charity that promotes mental health. They have argued that mental health problems must be given the same priority as other illnesses and should be spoken about openly and without stigma.

Harry has also worked extensively with wounded veterans and has organized the Invictus Games to foster international sporting competition for injured or ill service personnel and veterans.

He told The Daily Telegraph in April that he is in a “good place” now. 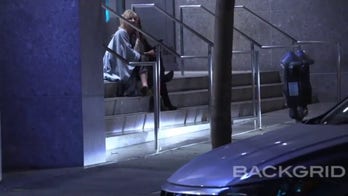