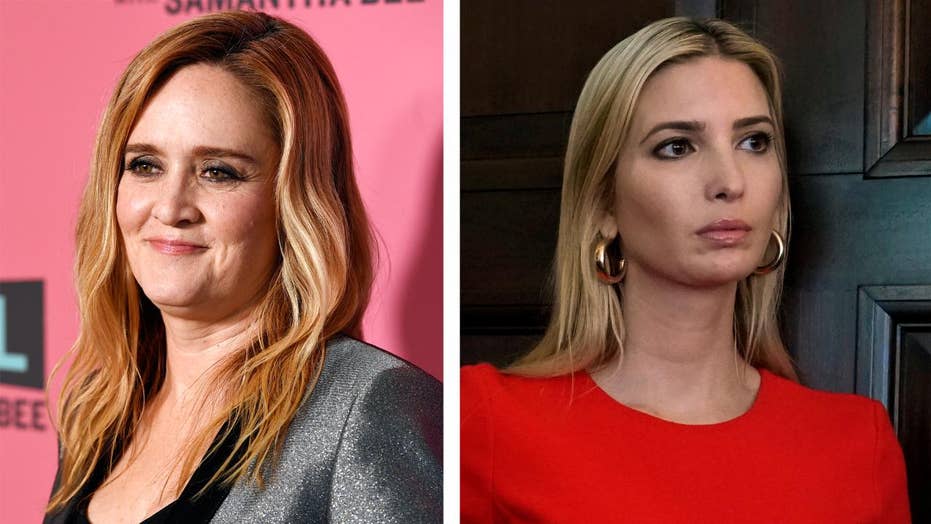 Comedian is taking heat for her profane remarks about President Trump's daughter; reaction from 'The Five.'

Newly notorious comedian Samantha Bee told a crowd in Los Angeles on Thursday that the media focus should shift from the “one bad word” she uttered to describe Ivanka Trump to the nation's treatment of immigrant children and families, a report said.

Press access was revoked hours before the Television Academy event, which honored Bee’s show, "Full Frontal," and six other programs as platforms for advancing social change, but IndieWire was able to report Bee’s speech.

“We spent the day wrestling with the repercussions of one bad word, when we all should have spent the day incensed that as a nation we are wrenching children from their parents and treating people legally seeking asylum as criminals,” Bee said at NeueHouse Hollywood. “If we are OK with that then really, who are we?”

Bee, 48, a former member of comedian Jon Stewart's "Daily Show" troupe on Comedy Central, was honored on the same day she apologized for calling Ivanka Trump a “feckless c---” during the opening monologue of her Wednesday show, Deadline reported.

Ivanka Trump was criticized for a photo she shared, showing her hugging her son, amid reports that the Office of Refugee Resettlement had lost track of 1,500 immigrant children in the last three months of 2017.

Bee admitted that while her show strives to view the world through an “unfiltered” lens, there are times when she “should probably have a filter.”

“You know, the thing is, our show is steeped in passion,” Bee told the audience. “Every week I strive to show the world as I see it, unfiltered. Sometimes I should probably have a filter. I accept that. I take it seriously when I get it right and I do take responsibility when I get it wrong. 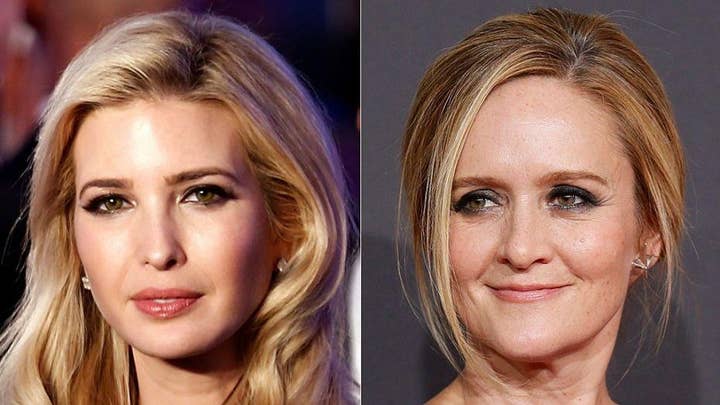 “There is power in saying what you feel without apology,” Bee said. “OK, and sometimes you also have to apologize.”

The media was denied access to Thursday's ceremony itself, but reporters and photographers had access to the red carpet preceding the event. Bee, however, was a no-show, Entertainment Weekly reported.

An apparently sudden increase in the number of press attending the event forced the Television Academy “to limit access to tonight’s activities” just hours before the red carpet.

An academy rep told the Hollywood Reporter late Thursday afternoon that the press was no longer allowed into the reception “as a result of today’s events involving Samantha B.”

TBS, the network that airs “Full Frontal,” also issued an apology after Bee’s tweet: "Samantha Bee has taken the right action in apologizing for the vile and inappropriate language she used about Ivanka Trump last night. Those words should not have been aired.  It was our mistake too, and we regret it."

The segment has since been removed from the show's YouTube page.

At least two advertisers so far have pulled sponsorship from Bee’s program.

The other shows honored Thursday were “Andi Mack,” “Daughters of Destiny,” “Forbidden: Undocumented & Queer in Rural America,” “LA 92,” “One Day at a Time” and “13 Reasons Why.”