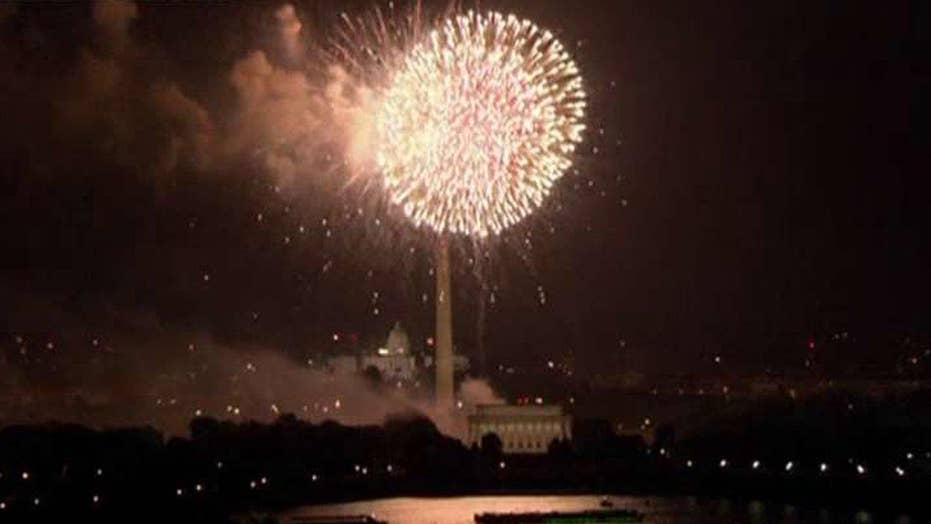 Viewers of the broadcast of this year's fireworks show in the nation's capital noticed something strange.

Despite overcast skies that muted the fireworks show for people viewing the display in Washington, viewers watching "A Capitol Fourth" at home on PBS had a clear view.

Some took to social media to blast PBS for showing old footage during the live broadcast. They pointed out other tell-tale signs that the video wasn't live, such as the shots of the U.S. Capitol's dome without a scaffolding. The dome is currently undergoing a restoration project.

For the record if you're watching Capitol Fourth on PBS, they are 100% using an old video bc it's so cloudy here you can't see fireworks 😂

PBS is showing taped footage of the National Mall fireworks because it's so cloudy!!! The scaffolding isn't even on the Capitol building!!

Are you showing old fireworks @PBS?! What happened to the clouds and fog?

Not cool @pbs.... Fake footage of fireworks on the Fourth???? It's cloudy and rainy in DC. Those shots are clearly not from tonight.

"A Capitol Fourth" tweeted an apology and admitted "we made the decision to intercut fireworks footage from previous 'A Capitol Fourth' concerts..." PBS retweeted the apology.