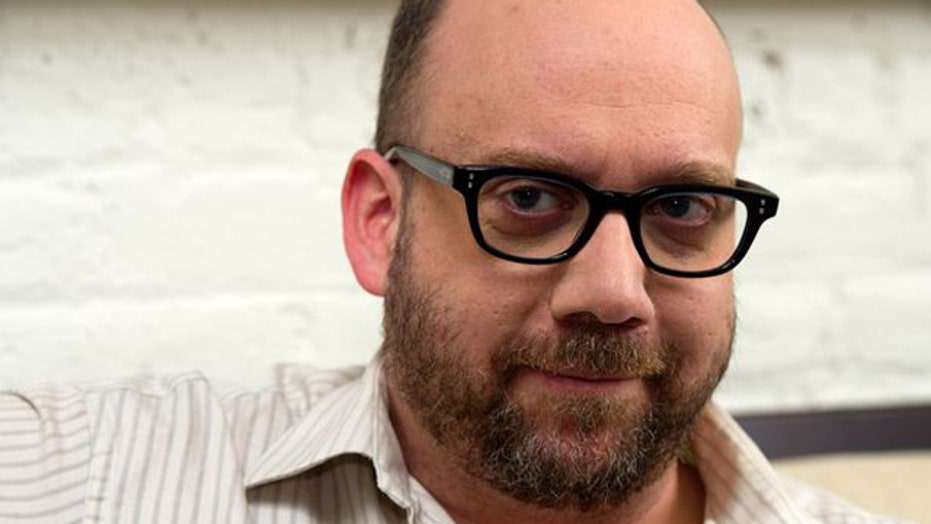 NEW YORK – If you go to the movies this fall chances are, you’re going to see Paul Giamatti. He’s in several films currently in theaters including “Parkland,” “Romeo and Juliet,” and “All is Bright,” with several more set to roll out before the end of the year. FOX411 sat down with the award-winning actor to talk about the “All is Bright,” a holiday comedy following Giamatti and Paul Rudd as Canadian ex-cons who head to New York to sell Christmas trees.

FOX411: As Producer of “All is Bright” what does it mean to you to help someone get [an indie] film like this made?
Giamatti: Whenever I've done these things, it’s mostly been [because] somebody has come to me with something that nobody else is going to help them make this thing, so I like to help people get things like this made. I like to help get something that's quirky and hot made.

FOX411: You get to play off of Paul Rudd, so what was that dynamic like?
Giamatti: It was really great that we got him, and he was very interested.  He's a much more fun actor than I am… The relationship that the two guys have was actually kind of like the relationship he and I had which is he's a lot more fun than me… and so he got me to kind of loosen up as an actor. He's just constantly inventing stuff and thinking of stuff and I'm much more by the book. So it was nice to be around him.

FOX411: What are the pros and cons of doing an indie versus big studio film?
Giamatti: It's all about who's directing it, and who's in it, because I can do big huge things that feel fun and small and intimate and good and then I’ve done some small things that feel not fun and so it's all just who's actually working on it because then that will determine how much fun you are going to have and how much risk you can take and things like that.

FOX411: Checklist for choosing roles: What’s your process?
Giamatti: I suppose I have to kind of just be interested in what the story is in the first place and go “oh this is an interesting story and it could make a good movie” because that's what matters with a movie. The acting, it matters, but if you have a crappy story or not interesting movie, the acting doesn't matter.

FOX411: We can now put “Downton Abbey” and “Spider-Man” in the same sentence thanks to your resume, how does it change your job to sign onto something with such a built in fan base?
Giamatti: Definitely people are fascinated by that “Spider-Man” thing in a way that I didn't expect. I mean, I didn't expect people to be that psychotic about it. It's great that people are so into it. But I had no idea. I did it because I like those things and the character is fun, and then people keep asking me questions about like “what's going to happen with it?” And I'm like “I don't actually know, I’m not that informed,” but people get really, really-- people really want to know. Same with “Downton Abbey” you do feel like a weird pressure all of the sudden.

FOX411: What’s coming up with your new TV project?
Giamatti: I'm going to do a TV show for FX called “Hoke,” which is a cop show, a very weird, very weird cop show.  That begins shooting next year. I'm happy to go wherever there's good work and people will hire me.