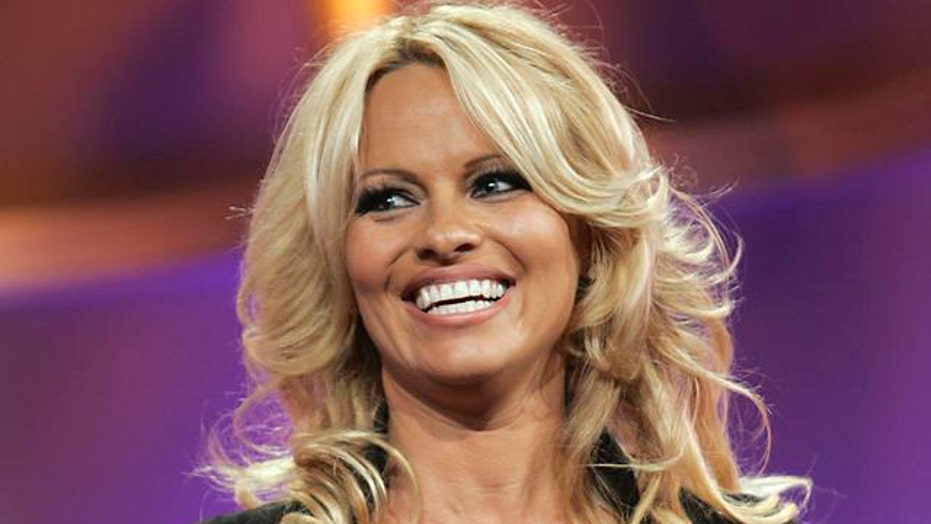 Four4Four: Celebs keep getting naked for animal rights group, but is it working?

Pamela Anderson will do a Playboy cover one last time.

ET can exclusively reveal the 48-year-old model and activist will be featured on the cover of Playboy's final nude issue, after the publication announced in October that it will no longer feature pictures of naked women. In a sit-down with ET's Carly Steel, Anderson talked about what the Playboy cover means, and how she came to be featured on it yet again.

"I got a call from [Hugh Hefner's] attorney who said, 'We don't want anybody else. There's nobody else, could you do the last cover of Playboy?'" she revealed.

Anderson says it was actually one of her sons who told her that Playboy would undergo a top-to-bottom redesign.

"I was like, 'What? Are you serious?' But then I thought that's probably a good thing," Anderson explained. "It's hard to compete with the Internet. And the girl next door doesn't exist anymore. She's taking selfies down her shirt, like, you know, there's no mystery over there anymore. It doesn't have that same charm and innocence that it used to."

At first, Anderson admits she was concerned about what her two sons might think of her doing another cover – she says while they were growing up, "they were teased, and made fun of, and had a few fist fights over their mom." But when she asked her oldest son, 19-year-old Brandon, for permission to shoot the cover, he actually encouraged her to do it.

"I said, 'Hef just called, he wants me to do the last cover of Playboy,' and he goes, 'Mom you've got to do it,'" recalled Anderson, noting that even when she informed them of the nudity, Brandon said, "'We're older, we're not embarrassed anymore of you. You know, we think you're great.'"

"He was so excited," she added. "He may have high-fived me!"

"And then I asked [17-year-old] Dylan too, and Dylan's like, 'Mom, you know you've done it all.' I don't know what to say but they were really excited for me, and I was excited too," Anderson continued.

Anderson also opened up about her mutual respect for Hefner, and how she never thought the magazine would ask her to pose again.

"He's such a sweetheart and he's just been such a big part of my life. And people have been asking me over the last year, 'Would you ever pose for Playboy again?' I'm like, 'They're never going to ask... I mean I'm sure they're sick of me,'" she admitted. "So when Hef asked, I couldn't help myself."

"I had a rough few years where I felt a little insecure, 'cause you know everyone's getting older," Anderson revealed. "I thought, 'My gosh, I miss the Playboy days.' It was so glamorous, it was so chivalrous, there's so many people there that were so smart, and activism, and art. You know, I just kind of miss that whole crowd and us being these little giggling girls kind of running around the mansion half naked and trying to get everybody's attention."

And since it was Playboy's last nude shoot, Anderson said she definitely made the most of it, frolicking around the Playboy Mansion for famed photographer Ellen Von Unwerth.

"I took off all my clothes, and I rolled down the hill as fast as I can," she said. "I was just screaming, and hair and boobs were flying, and shoes were going everywhere."

Just don't expect her to check out any of the photos.

"I never look at pictures," she revealed. "I always like to do the pictures and even my friend David LaChapelle, who I shoot with all the time, says, 'You're the only person who never wants to see the pictures.'"

Well, she is sure missing out!

See the full spread, 12-page pictorial (featuring an interview conducted by James Franco) on Friday, December 11 when the January/February 2016 issue of Playboy hits newsstands. Tune in to ET on Thursday as Anderson dishes about the epic shoot.

Four4Four: How many of her ribs did model remove?