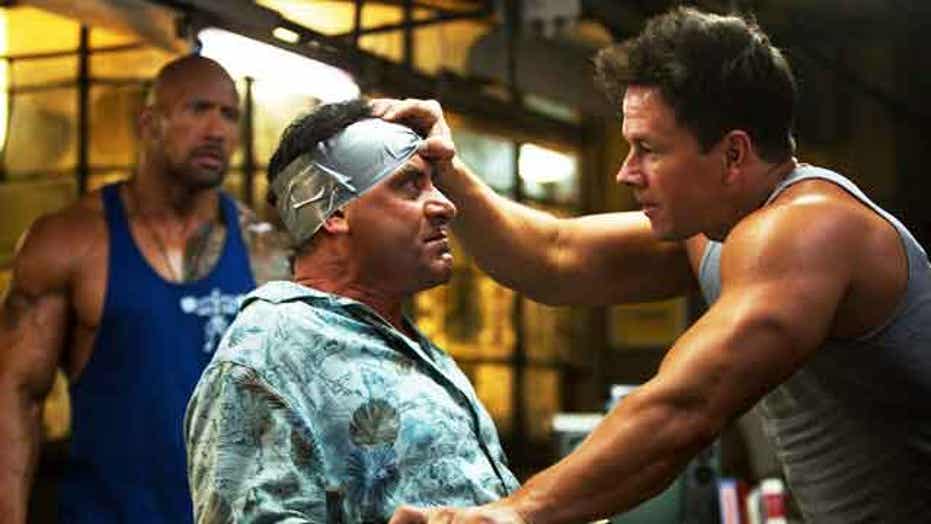 Does 'Pain and Gain' go too far?

How far is too far when embellishing the world of criminals, torture and all-around scumbags? Michael Bay hits the gym with his latest macho actionpalooza “Pain & Gain,” and benches much more pain than gain.

For his first post-“Transformers” production, Bay goes a little too far at making stupidity and violence appear alluring and sexy. They say truth is stranger than fiction, and this true story is undeniably preposterous.  The story of three body builders, dressed as ninjas, kidnapping and torturing a wealthy Miami businessman is given the “Grand Theft Auto” treatment, where it’s all shallow, violent fun and games… even when someone gets their face run over by a van.

Daniel Lugo (Mark Wahlberg) is looking for the easy road to success and finds great abundance in creating a stripper-laden gym in Miami. But being a personal trainer to rich guys isn’t exactly what Lugo had in mind when fantasizing about the American Dream. When obnoxious client Victor Kershaw (Tony Shalhoub) brags to him about how much money he has, Lugo’s provincial brain immediately hatches a not-so-foolproof plan to kidnap him. Joined by Adrian (Anthony Mackie) and Paul (Dwayne Johnson), Lugo abducts Kershaw and tortures him to the point that he signs over all his property and financial holdings.

Bay really plays up the farcical aspect of the whole situation by making the characters a bunch of lightweight goofballs, which really softens to blow (or makes it worse, depending on your perspective). They bumble about figuring out how to chainsaw a body into pieces, or blow a man up in a car. These are despicable characters doing horrific things and Bay, with writers Christopher Markus and Stephen McFeely, treat them as if they are nothing more than a comedy routine. The characters can be funny, but should the actual act of killing be too?

The Coen brothers have perfected this genre, and even comparing Michael Bay to the Coens’ is a farce.
But “Pain & Gain” could easily have been made by the” Fargo” team, albeit in a drastically different style. “Pain & Gain” has the odd, quirky characters likely found in a Coen brothers morality play, but without the psychological layers, respect and intelligent wit.

Then there’s the overabundance of machismo. Sure it fits a film about vain, juiced-up body builders and Bay sexes up most scenes with his typical slow motion, high contrast cinematography. Everything about this movie has bling, an egregious luster that is absolutely distracting from the terrible things these characters are actually doing.

This is also one of the most misogynistic films from Hollywood this century. When the characters aren’t demeaning toward women, the camera, finds a way, often swerving off the primary action to focus on naked or half-naked women.

Fortunately, Ed Harris and Rebel Wilson class the film up. Wilson is delightful as Adrian’s precocious girlfriend and Harris is the seasoned detective hot on the morons’ trail. Despite all of the film’s embellishments and truly despicable characters, the performances are rather good, especially a surprising turn for Dwayne Johnson. His Paul Doyle is a hardened criminal but a gentle giant and born-again Christian who is too naïve and ignorant to know that he is just a rube in Lugo’s scheme. Johnson plays with this contrast very well. Wahlberg marches to the same drum as many of his other roles and Mackie is a ferocious ball of energy that well suits the bombastic tone of the film.

Michael Bay has finally moved past the metallic clang of the “Transformers” franchise, but he just might be benching too much with "Pain & Gain" by presenting this true story of torture, killing and kidnapping as a laughing matter. What if this movie was about last week’s Boston bombings or the hunt for bin Laden? Would anyone still be laughing?