The New Yorker has severed ties with star reporter Ryan Lizza in response to behavior the magazine described as “improper sexual conduct.”

Lizza emerged as a household name last summer after he recorded a phone call with then-White House communications director Anthony Scaramucci, who went off on a profanity-laced tirade. President Trump fired Scaramucci after less than two weeks.

“The New Yorker recently learned that Ryan Lizza engaged in what we believe was improper sexual conduct. We have reviewed the matter and, as a result, have severed ties with Lizza. Due to a request for privacy, we are not commenting further,” the magazine said in a statement.

Lizza is also a contributor to CNN and the network put out its own statement shortly after the news broke.

“We have just learned of the New Yorker's decision. Ryan Lizza will not appear on CNN while we look into this matter,” a CNN spokesperson said. 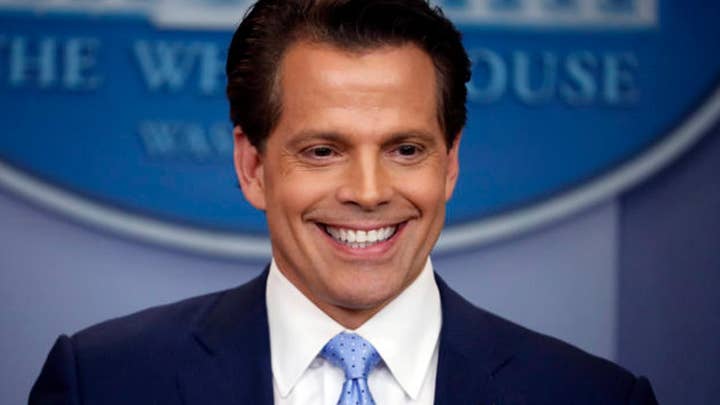 “I am dismayed that The New Yorker has decided to characterize a respectful relationship with a woman I dated as somehow inappropriate,” Lizza said in a statement to the media. “I am sorry to my friends, workplace colleagues, and loved ones for any embarrassment this episode may cause. I love The New Yorker... But this decision, which was made hastily and without a full investigation of the relevant facts, was a terrible mistake.”

“In no way did Mr. Lizza's misconduct constitute a 'respectful relationship' as he has now tried to characterize it,” the unnamed accuser's attorney, Douglas Wigdor, told a Washington Post reporter.

Lizza has not appeared on CNN since November 22, according to the Daily Beast. Perhaps his absence from the network is a result of appearing in the “Sh-tty Media Men” list, which has floated around the industry for several weeks. The list is filled with powerful men in the media industry who are accused anonymously of misconduct, including sexual harassment and assault.

CNN did not respond to a request for comment about whether the network would investigate Lizza or rely on The New Yorker. CNN also did not respond when asked if Lizza’s recent absence is a result of being included on the “Sh-tty Media Men” list.

The media industry has seen a significant number of high-profile men lose their jobs after being accused of sexual misconduct in recent months, including Bill O’Reilly, Charlie Rose, Matt Lauer, Mark Halperin and Garrison Keillor.

Scaramucci’s political career essentially ended after he didn’t seem to realize his profane conversation with Lizza was on the record. The Hill media columnist Joe Concha pondered whether Scaramucci knew about Lizza’s alleged misconduct, pointing to comments made in a Dec. 4 interview.

"This guy’s obviously a very bad actor. Karma’s a b-tch. It’ll come back & bite him,” Scaramucci said of Lizza, according to Concha.