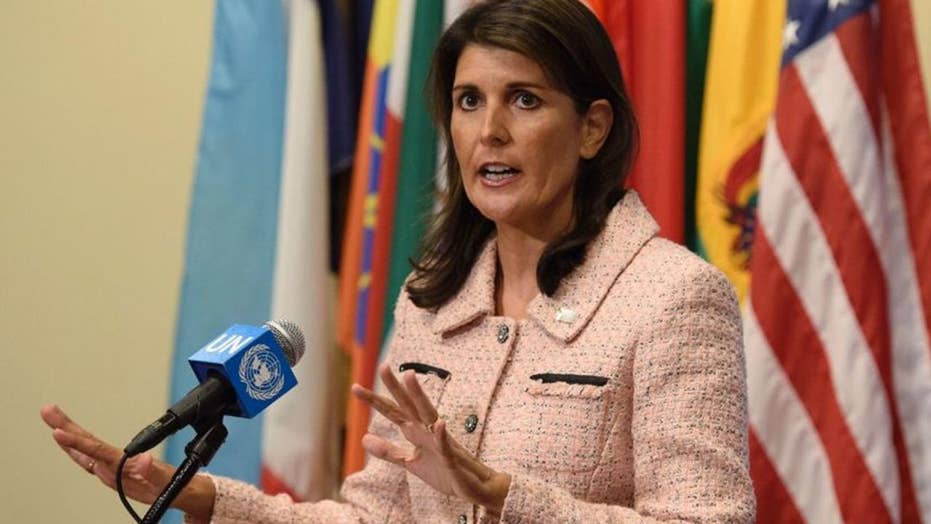 The Times issues correction for implying that U.N. Amb. Nikki Haley spent over $52,000 on curtains; reaction and analysis on 'The Five.'

The New York Times has added an editor’s note and changed the headline on a story that was widely criticized for reporting U.N. ambassador Nikki Haley has extravagant curtains in her official residence costing nearly $53,000, because the purchase was actually approved in 2016, under the Obama administration.

“An earlier version of this article and headline created an unfair impression about who was responsible for the purchase in question. While Nikki R. Haley is the current ambassador to the United Nations, the decision on leasing the ambassador’s residence and purchasing the curtains was made during the Obama administration, according to current and former officials,” the editor’s note states.

"The decision on leasing the ambassador’s residence and purchasing the curtains was made during the Obama administration."

“The article should not have focused on Ms. Haley, nor should a picture of her have been used. The article and headline have now been edited to reflect those concerns, and the picture has been removed.”

The New York Times initially reported this week that $52,701 was spent last year on buying customized and mechanized curtains for the picture windows in Haley’s New York City residence, for which rent is $58,000 a month. The paper didn't mention until the sixth paragraph that Haley's spokesman said the Trump administration had no input in the purchase decision.

The first version of the story was mocked across social media for appearing to place the blame on Haley. Earlier in the day, Donald Trump Jr. mocked the paper for the mistake, tweeting “It was Obama’s State Dept. Will you print a correction or just leave it as is because you want it to be true???”

The news-making curtains themselves reportedly cost nearly $30,000, but the hardware needed to operate them cost an additional $22,801. The curtains were installed last year.

Patrick Kennedy, the top management official at the State Department during the Obama administration, defended the spending, saying the curtains will be used by future officials and cited security and entertainment purposes.

“All she’s got is a part-time maid, and the ability to open and close the curtains quickly is important,” Kennedy told the newspaper.