Attorney General Jeff Sessions famously fired FBI official Andrew McCabe just two days shy of his retirement. He would have been eligible for a lifetime pension, now those benefits could now be in jeopardy. But not if Mitchell can help him.

Sessions said McCabe "lacked candor − including under oath − on multiple occasions,” but that didn’t stop the NBC News star from helping Democrats come up with a plan.

“One suggestion from a McCabe supporter: if a friendly member of Congress hired him for a week he could possibly qualify for pension benefits by extending his service the extra days,” Mitchell tweeted. 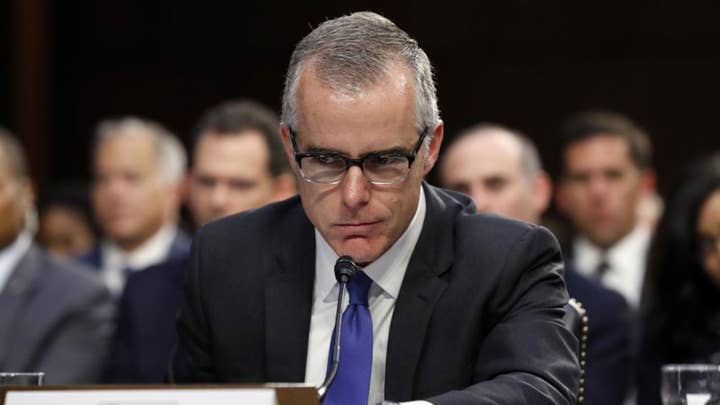 “Well, it’s your tweet, Andrea. It was your tweet that started all this,” Pocan said. “I just want you to know. We saw your tweet over the weekend and that’s what gave us the idea. So, thank you.”

A source close to McCabe told Fox News that the former FBI deputy director is “looking at all options,” but it’s not clear if he will be able to keep his pension.

While it may appear strange that an NBC News correspondent would offer career advice, Mitchell’s close relationship with Hillary Clinton could indicate her motive. Sessions said the DOJ’s inspector general determined McCabe was not truthful during his review of the Clinton email investigation and the FBI’s Office of Professional Responsibility recommended his firing.

Mitchell, who is married to former Federal Reserve Chairman Alan Greenspan, and Clinton are known to be close friends who have publicly praised each other. Mitchell said that Clinton “proved her commander in chief bona fides in terms of being tough as a gender issue” during the pregame show for an NBC News town hall event in 2016. Media Research Center managing editor Curtis Houck said at the time that Mitchell “gushed” over Clinton “under the guise of objective journalism.”

"I love you, Andrea. You are indefatigable. You’re my kind of woman,” Clinton said while pointing at Mitchell during a 2016 press conference on the campaign trail.

NBC News did not respond to a request for comment.