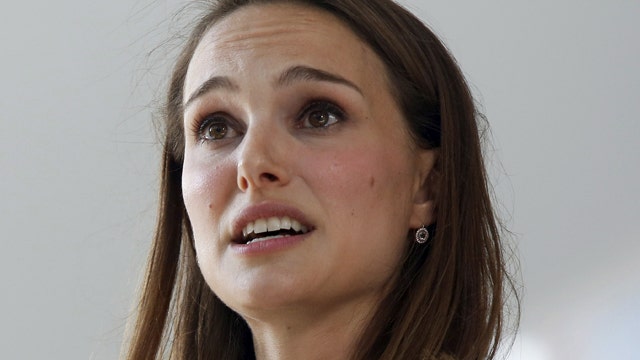 Portman has a wilder side

Natalie Portman is choosing sides when it comes to her best on-screen kisses.

The 37-year-old actress stopped by "Watch What Happens Live With Andy Cohen" on Tuesday and dished about kissing both Ashton Kutcher and Mila Kunis.

Portman co-starred with Kutcher in 2011's "No Strings Attached," and also shared the big screen with Kunis in "Black Swan" a year prior. Both roles required some hot and heavy make-out scenes, something Portman readily pointed out during the show's "Dish On A Star" segment.

"I've kissed them both," she bragged.

Cohen jumped right in, asking Portman, "Who's the better kisser?"

It seems Kunis is a fan of Portman's kissing too! In a Reddit AMA back in 2015, Kunis said that Portman is "a lovely kisser, very polite."

While Portman may have preferred Kunis' kisses, Kutcher got a positive rating on his lip-locking abilities from another actress, Amanda Peet.

During Peet's October appearance on "WWHL," she initially rated Kutcher's on-screen kissing in the 2005 film "A Lot Like Love" a nine, before quickly downgrading it to an eight.

After realizing that her husband, "Game of Thrones" showrunner David Benioff, should be included in the mix, Peet admitted that she needed to be "more discerning" with her rating scale.

“I don’t think you can rate somebody, because it’s just so subjective,” she said. “Like, some people like tongue!”

When they're not making out with people at work, Kunis and Kutcher are an adorable real-life couple!