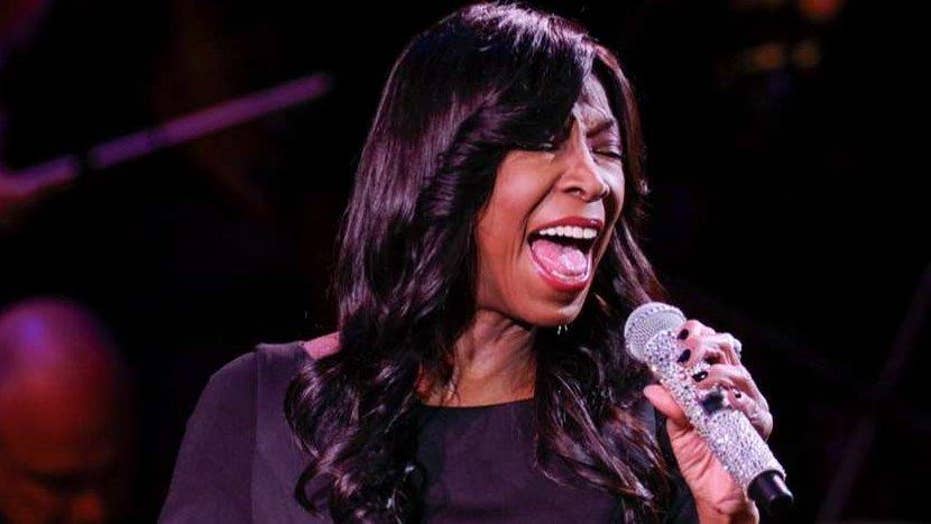 Natalie Cole was remembered at the Grammys during the In Memoriam segment, but her family -- and her fans -- are up in arms over the fact that the late singer was passed over for a special tribute.

"Sadly a FORGETTABLE tribute to Natalie Cole," Cole's sisters, Timolin and Casey, told ET following the Grammy telecast. "Words cannot express the outrage and utter disappointment at the disrespectful tribute, or lack thereof, to a legendary artist such as our sister."

"Here is a woman who has been in the business for four decades, had 21 Grammy nominations and won nine Grammys. She deserves more than (to be a part of) a minute-and-a-half tribute," Cole's son Robert Adam Yancy told ET on Monday night. "It was shameless the way they minimized her legacy. We will find solace in her legacy as well as her endless fans around the world."

David Bowie, Lionel Richie, B.B. King and The Eagles' Glenn Frey were all celebrated with their own musical tributes during the awards ceremony.

The legendary singer, daughter of Nat King Cole, won nine Grammys in her lifetime and was behind R&B classics such as "Unforgettable" and "This Will Be." Cole died at the age of 65 in Los Angeles on Dec. 31, 2015 due to idiopathic pulmonary arterial hypertension.

Celebrities were unhappy over Cole's tribute snub, taking to social media to voice their disappointment.

"Empire" co-creator Lee Daniels took to Instagram to voice his disdain, captioning a black-and-white photo of Cole, "Disappointed in Grammys... Come y'all ... She deserved a better tribute #9grammyswon really???... R.I.P."

Cole's lack of a Grammy tribute had been the topic of debate even before Monday's telecast. Eric Benet shared a video on Saturday questioning the Grammys' decision not to honor Cole's legacy.

Meanwhile, fans took to Twitter to voice their disappointment that the Grammys failed to recognize one of their own.

RELATED: Natalie Cole's Sisters Open Up About Their Final Days With the Late Singer

RELATED: The Best, Worst and Weirdest Moments at GRAMMYs 2016

In January, Cole's sisters sat down with ET and opened up about their last days with the legendary singer.

"When we came to the hospital and spent Christmas Eve with her it was a godsend," Timolin said at the time. "We were very blessed and thankful to spend that very special day with her that she loved. It was her favorite time of year."

Former ET host Mary Hart helped remember Cole by reflecting on the time she spent with her in 2008, when Cole was still in need of a new kidney.

"I'm a survivor," Natalie said back then. "I don't know where I really got it from, but I just don't believe in giving up until the fat lady sings, and the fat lady hasn't sung yet."