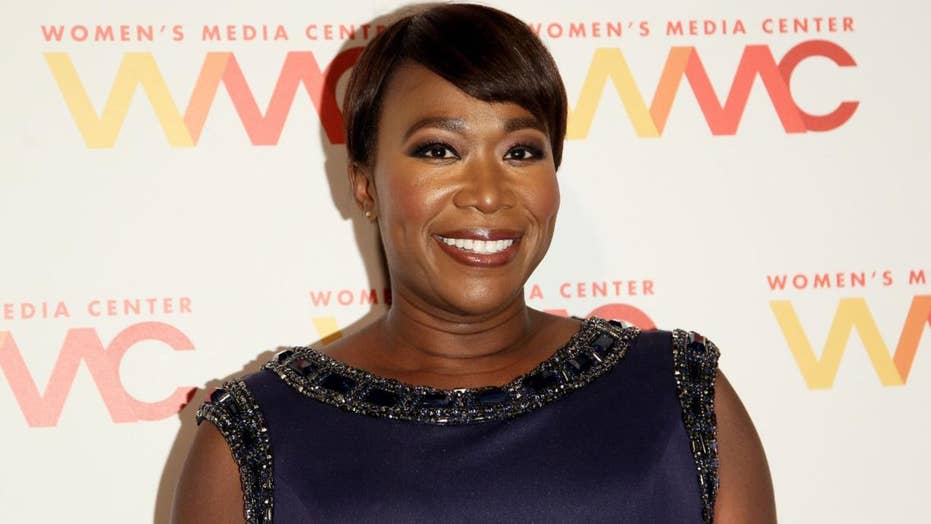 MSNBC’s Joy Reid’s ratings drop after contents of a pre-fame blog surface. The posts were slammed for being homophobic.

MSNBC show host Joy Reid has seen a drop of over 20 percent in viewership since it was revealed that her pre-fame blog contained dozens of homophobic and hateful posts that she claims to not remember writing.

Contemptor’s Justin Baragona analyzed her viewership since the scandal, comparing her average audience to the 12 weeks prior to the controversy unfolding. The results, confirmed by Fox News, aren’t particularly positive for the “AM Joy” namesake, who emerged as a key figure of the anti-Trump media before the embarrassing blog was uncovered.

“’AM Joy’ has lost a significant portion of her viewership across the board,” Baragona wrote. “The two-hour news discussion show, which airs 10 AM-12 PM Saturday and Sunday, has experienced double-digit losses in both total viewership and the key 25-54 demographic across all four hours.”

“’AM Joy’ has lost a significant portion of her viewership across the board."

Earlier this year, Reid claimed homophobic and other hateful posts on her pre-fame blog were planted by diabolical hackers. In April, Reid got emotional on the air when her hacking claim fell apart and admitted it seemed unlikely she was hacked, but claimed that she didn’t recall making the offensive remarks, for which she apologized anyway.

Critics were quick to criticize Reid’s apology for not mentioning the dubious hacker claims– for which she reportedly alerted the FBI about the “crime.”

It appears Reid’s audience didn’t buy her apology, either.

Contemptor reported that Reid averaged 238,000 viewers among the key demo and 1.1 million total viewers from early February until the controversy re-emerged in late April. Since April 28, her first show after the hacker claim, “AM Joy” is down 23 percent in the demo and 21 percent in total viewers, according to Contemptor.

Joy Reid’s “AM Joy” is down 23 percent in the demo and 21 percent in total viewers since her blog controversy unfolded, according to Contemptor. (MSNBC)

The controversy started when comments dug up by a Twitter user and published by Mediaite in December showed that she wrote numerous offensive jokes and comments several years ago about gay people on her old blog, “The Reid Report.” The MSNBC host initially apologized, but when a second batch of offensive comments surfaced in April ‒ about some lesbians' short haircuts and her objections to seeing men kiss men, among other homophobic remarks ‒ Reid then claimed she’d been hacked, and MSNBC circulated a much-panned statement from a computer hacking “expert” which sought to make that case.

Eventually other damaging posts from ‘“The Reid Report” were unearthed, such as encouraging readers to check out “Loose Change,” a documentary on a conspiracy theory that alleges the tragic attacks of Sept. 11, 2001, were planned by the United States government and Senator John McCain’s head photoshopped onto the body of the Virginia Tech shooter. In June she issued a statement that she was “embarrassed” and apologized again as MSNBC stood by her.

“Joy has apologized publicly and privately and said she has grown and evolved in the many years since, and we know this to be true,” the network said in a statement.

MSNBC has stood by Joy Reid despite dozens of hateful posts from her now-defunct blog being unearthed.

Media Research Center vice President Dan Gainor told Fox News that he isn’t surprised Reid’s audience is shrinking based on the way she handled the scandal.

“Instead of getting an honest explanation of her comments and the alleged hacking, both she and MSNBC have tried to sweep this scandal under the rug. Just as bad, some journalists have let her get away with an outlandish version of events so implausible that people on both left and right find it laughable,” Gainor said.

“Instead of getting an honest explanation of her comments and the alleged hacking, both she and MSNBC have tried to sweep this scandal under the rug."

Professor and media analyst Jeffrey McCall told Fox News that the “magnitude of this ratings decrease has to be a concern to the execs at MSNBC” who have supported Reid throughout the ordeal. McCall said it’s possible that nice weather has caused a seasonal drop in viewership, but doesn’t discount her damaging pre-fame blog as playing a significant role.

“The controversy surrounding Joy and the awkward explanations likely discouraged some of her loyal fans. Viewers are generally forgiving of on-air personalities, so this audience might well drift back, but it might take a while,” McCall said.

However, the audience is trending in the wrong direction if MSNBC is banking on viewers to eventually return.

“If you look at just the last month, following the most recent resurfaced blog posts that included her promoting 9/11 trutherism and comparing John McCain to the Virginia Tech shooter, the numbers have fallen even more. In the demo during June and July, ‘AM Joy’ has averaged only 155,000 viewers while drawing 831,000 viewers overall,” Baragona wrote.

MSNBC did not immediately respond to Fox News’ request for comment.