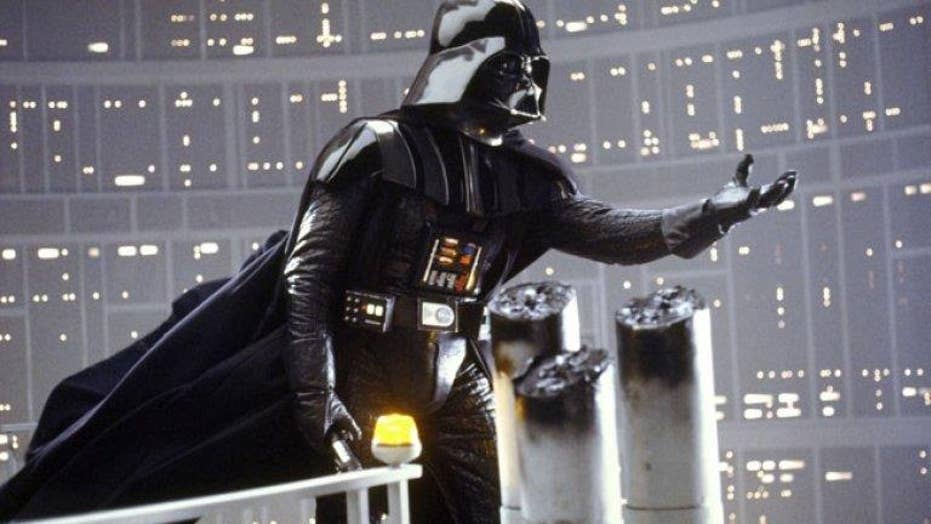 Grapevine: Pundit has a problem with Darth Vader's race

Commentator gets involved in the Star Wars countdown, even though she shouldn't

MSNBC host Melissa Harris-Perry shared her views on race in regards to the "Star Wars" franchise on Sunday.

The TV personality went on a rant about how when "Star Wars" villain Darth Vader was evil, he appeared as a black character (apparently because he was voiced by an African-American actor), but when he turned towards the light, he was revealed to be white.

"Yeah, like, the part where [Darth Vader] was totally a black guy whose name basically was James Earl Jones...but while he was black, he was terrible and bad and awful and used to cut off white men's hands, and didn't, you know, actually claim his son," she said on her MSNBC show.

"But as soon as he claims his son and goes over to the good, he takes off his mask and he is white. Yes, I have many, many feelings about that, but I will try to put them over here."

Harris-Perry overlooked that Vader was revealed as the father of two Caucasian characters -- Luke Sykwalker and Princess Leia -- well before his helmet-off reveal.

Not to mention that James Earl Jones' voice, which she gave as her proof Vader was portrayed as black when he was evil, was uncredited in the first two films.

Not to mention that most of the pre-teen and teen-age fans the films were aimed toward likely knew or could recognize James Earl Jones' voice in the first place.

Not to mention that in the three-film prequel that followed the original "Star Wars" trilogy, Vader (then Anakin Skywalker) was white.

A rep for MSNBC did not return FOX411's request for comment.