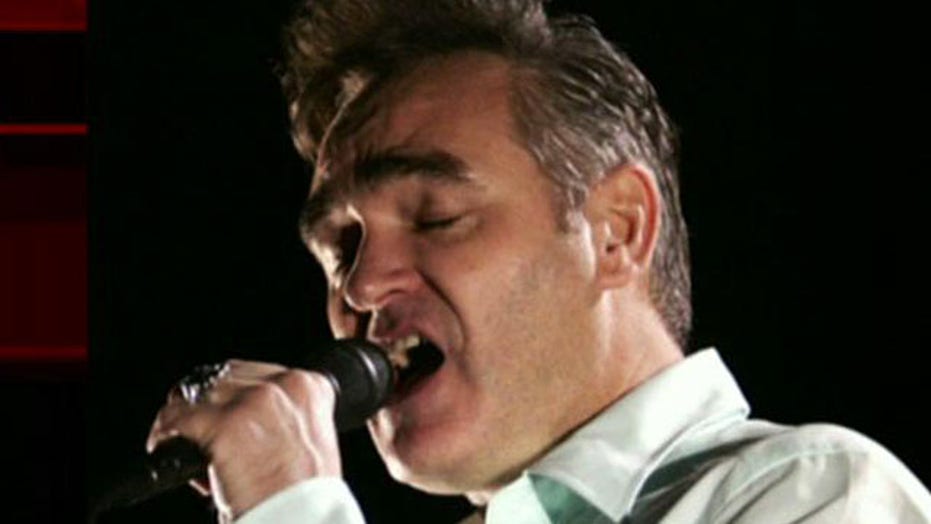 Morrissey’s childhood friend James Maker started the chatter on Facebook Sunday. The fellow musician posted the album cover along with a note stating HMV was refusing to stock the upcoming release because “the cover art is offensive.”

The image features a child holding a hatchet and a sign that reads “Axe the Monarchy” in front of what appears to be Buckingham Palace.

Back in June, the former Smiths artist accused HMV of attempting to "freeze sales" of the band's reissued single "The Queen is Dead."

However, HMV stated on Twitter at the time the release was limited.

NME reported Sunday this will be the first album for the 58-year-old English singer since 2014’s “World Peace Is None Of Your Business.” In the 2016, Morrissey told news.com.au he parted ways with Harvest Records because working with the label “almost killed” him.

“Low in High School,” which is scheduled for a November 17 debut, was recorded La Fabrique Studios in France, as well as Ennio Morricone’s Forum Studios in Rome.

The album was produced by Joe Chiccarelli, who previously worked with The Strokes, Frank Zappa, and The White Stripes, among others.