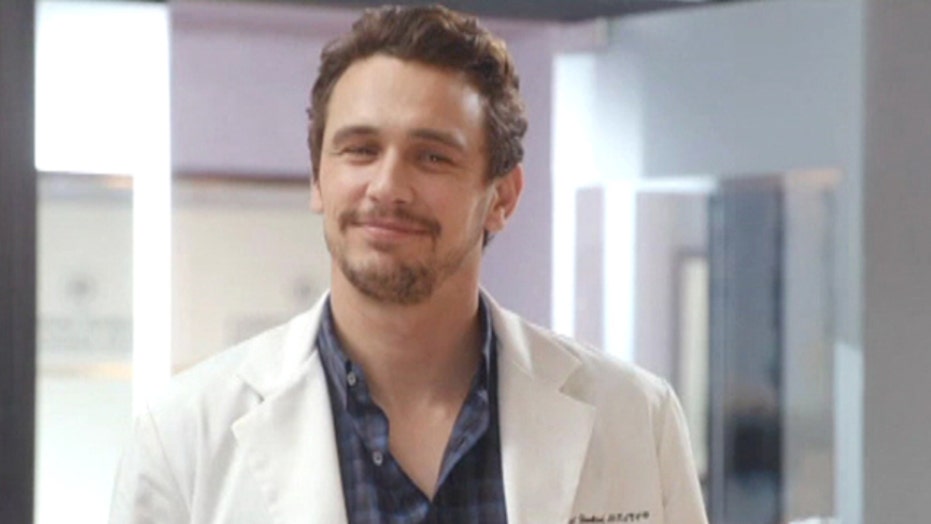 'The Mindy Project' starts new season with a bang

Viewers of FOX’s returning comedy “The Mindy Project” may think they know Mindy Kaling, who plays Dr. Mindy Lahiri. The character is constantly running through the streets of New York City as she tries to balance her job as an OB/GYN and her rollercoaster of a love life. FOX411 caught up with the show creator, writer, and star Kaling -- in the big apple-- to talk about what’s in store for Season 2, guest stars joining in the fun this time-- including James Franco-- and the big differences between her and her on-screen character.

Kaling: Very little actually because the character is extremely wild and very fun, party girl and I'm a nerd. I'm a comedy writing nerd who loves to pretend to be in those situations, but I want to go home and watch “Breaking Bad” and read online blogs about people dissecting it. So whereas the character last year I think dated like eight different guys, I've only had like in my life three boyfriends basically so that's been actually really fun because who wouldn't want to put themselves in these glamorous fun situations where they're like wooing all these different people but… we're pretty different."

FOX411: OK, let’s talk what’s coming up on the show… the dynamic between your character and Chris Messina’s Dr. Danny Castellano, where is that going this season?

Kaling: People have such really strong opinions about it, speaking of the feedback, some people really want to see the two characters together. We ended last year with a big moment between the two of them almost accidentally. We didn't know how much people would be responding to it, where it seemed they might almost kiss. But then we start up the season, Mindy was away in Haiti and Danny kind of got back together with his ex-wife so they are kind of further apart than ever, at least romantically. But we do play a lot with that in big theatrical ways really early on in the season. So if you like Danny and Mindy and want to see what happens, tuning in very early to the season you’ll get some juicy stuff.

FOX411: Tell me how the James Franco guest role came about. You had Seth Rogen on [last season] then you were in [their film] “This is the End”… so how do these conversations go?

Kaling: I had known James for a while just obviously been a fan of his, and socially we have so many friends in common… When I saw [Franco] in the movie, we shot together on the movie a couple days, I was like ‘Oh this guy is so fun and great.’ And we're very different types of people but I just think he's so funny and so game for anything. Obviously he's incredibly busy shooting movies, teaching college courses and stuff so he had this small window that happened to fit into our shooting schedule and he's like ‘yeah I'll come.’"

FOX411: What is one of the biggest fan comments you get?

Kaling: What’s been one of the nicest compliments is when women who watch the show say they want to be my best friend or my little sister, because I didn't have a sister growing up and it would be such a joy to have a sister, and I love giving advice so much. I'm so bossy that would be a great joy. I just like that people have been watching it. Over the summer they’ll watch one episode and then they’ll watch like 12 because they couldn’t stop.