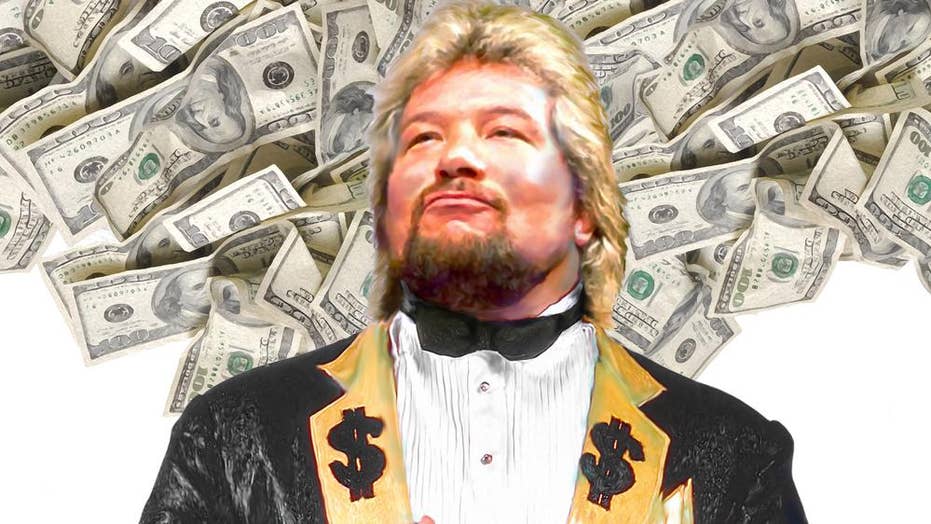 WWE Hall of Famer Ted DiBiase, known as 'The Million Dollar Man', and director Peter Ferriero talk to Fox News about their documentary 'The Price of Fame', and how Ted discovered redemption through becoming a minister.

Ted DiBiase’s career as a wrestler skyrocketed when he became the villainous Million Dollar Man in 1987 for the World Wrestling Federation – except he was hiding a secret.

When cameras stopped rolling and millions of viewers weren’t watching, the former football player was at war with himself. While his character personified “sex, drugs and professional wrestling,” DiBiase was a devoted family man of faith.

DiBiase ended his wrestling career in 1999 after 25 years in the industry.

Today, the 63-year-old married father of three is a full-time evangelist who has been officially ordained into the ministry. He is sharing his story in a new documentary, “The Price of Fame,” which premieres in select theaters November 7.

Fox News: What were some of your memories of the Million Dollar Man?
Christian (Former WWE Superstar): I don’t think that character would have worked with anybody playing it besides Ted DiBiase. I think he just played it to a T, he had the look, the voice, the laugh.

Tommy Dreamer (Former WWE Superstar): I told him [he was] always great. He did everything how you’re supposed to do it. He should have been Mr. Perfect because he did it perfectly.

Jake The Snake Roberts (WWE Hall of Famer): I remember WrestleMania with Ted, we were on an even field, so we just went in there and had a real good time and really entertained the people... Those are magic moments man, you don’t see it anymore.

Christian: He optimized what the Million Dollar Man was and should have been and that’s why it worked.

Fox News: How did this movie come together?
Peter Ferriero (Director): When I started making the movie “The Price of Fame” I initially thought I wanted to find out where all my childhood heroes were. ...Because of his character the Million Dollar Man, he had to actually pay for things and be the Million Dollar Man 24/7.

I’ve talked to a lot of guys that he rode with, they all saw his life and the adultery and everything he was doing on the road and that was the beginning of the downfall of Ted DiBiase or the Million Dollar Man, but it was also the start of the rise and the redemption of who he would become.

Fox News: Who is Ted DiBiase today?
DiBiase: Today I am Ted DiBiase, not the wrestler, but now I am a minister. I travel all over the United States basically in evangelism, speaking in churches, speaking in prisons, speaking in rehab centers wherever I can basically sharing my story of redemption and the turnaround in my life.

That’s why this film was titled “The Price of Fame." Now I want to be careful with saying the price of fame is whatever you make it. We all make individual decisions, but it’s like a lot of the things that come a long with being famous. You got to build accountability into your life or it’s very easy for it to take you down.

Fox News: What do you hope people will take away from this movie?
Ferriero: I think one of the biggest takeaways I would like for people to have watching the movie is that you can really change your life in a flash. And sometimes forgiveness can not only benefit the person but yourself as well.

DiBiase: The really important things in life, and I found out the hard way because I found all those things at the end of the day to be empty. Because if I don’t have a wife and a family who loves and respects me, if I don’t have their respect and if I’m not living my life in such a way that I’m being open and honest with them than what do I really have.

I’ve been traveling and speaking in churches and all these other places for 17 years now and I’m still going. I tell people all day who say "When you going to retire?" I said I never found the word retirement in the bible, so I’m going to keep going till I’m not here.