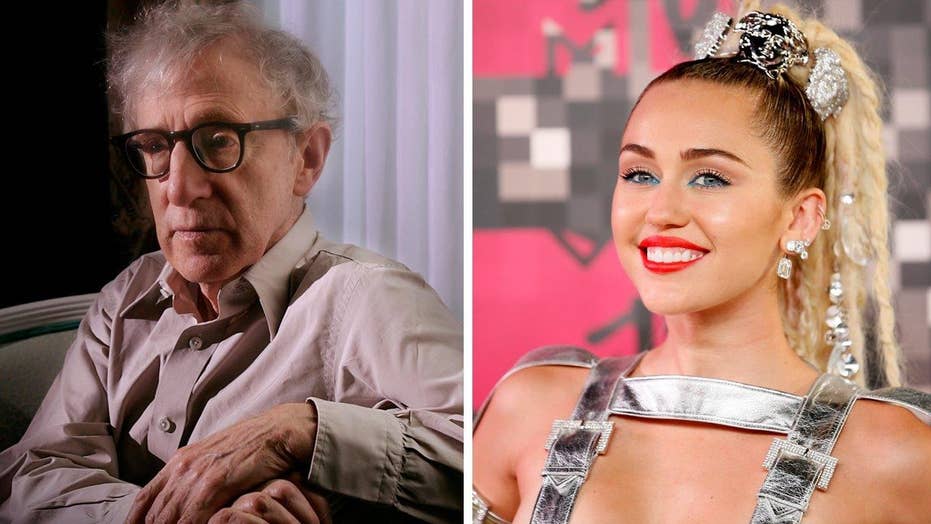 Miley Cyrus has spoken out in favor of controversial director Woody Allen.

“I loved working with Woody,” she told Variety of working with Allen on the new Amazon series "Crisis in Six Scenes." "You do like two takes. He just wants to go home and have dinner with his wife.”

She touched on Allen's headline-making relationship with his adopted daughter with Mia Farrow, Soon-Yi.

The pair has been married since 1997 and they have two children together.

“From the way I saw him with his family, I never saw him be anything but an incredible person and a really great dad,” Cyrus said. “People might slam me for saying that. I’m sure it was a hard time for that family. My family has been through hard things, and I think everyone’s suffering is different.”

In the past, Allen's son Ronan Farrow has slammed the celebrities who continue to work with his dad, calling Allen a predator.

Ronan Farrow wrote an open essay about his dad ahead of the Cannes Film Festival in May, calling out Cyrus by name.

“Actors, including some I admire greatly, continue to line up to star in his movies. ‘It's not personal,’ one once told me. But it hurts my sister every time one of her heroes like Louis C.K., or a star her age, like Miley Cyrus, works with Woody Allen. Personal is exactly what it is — for my sister, and for women everywhere with allegations of sexual assault that have never been vindicated by a conviction.”